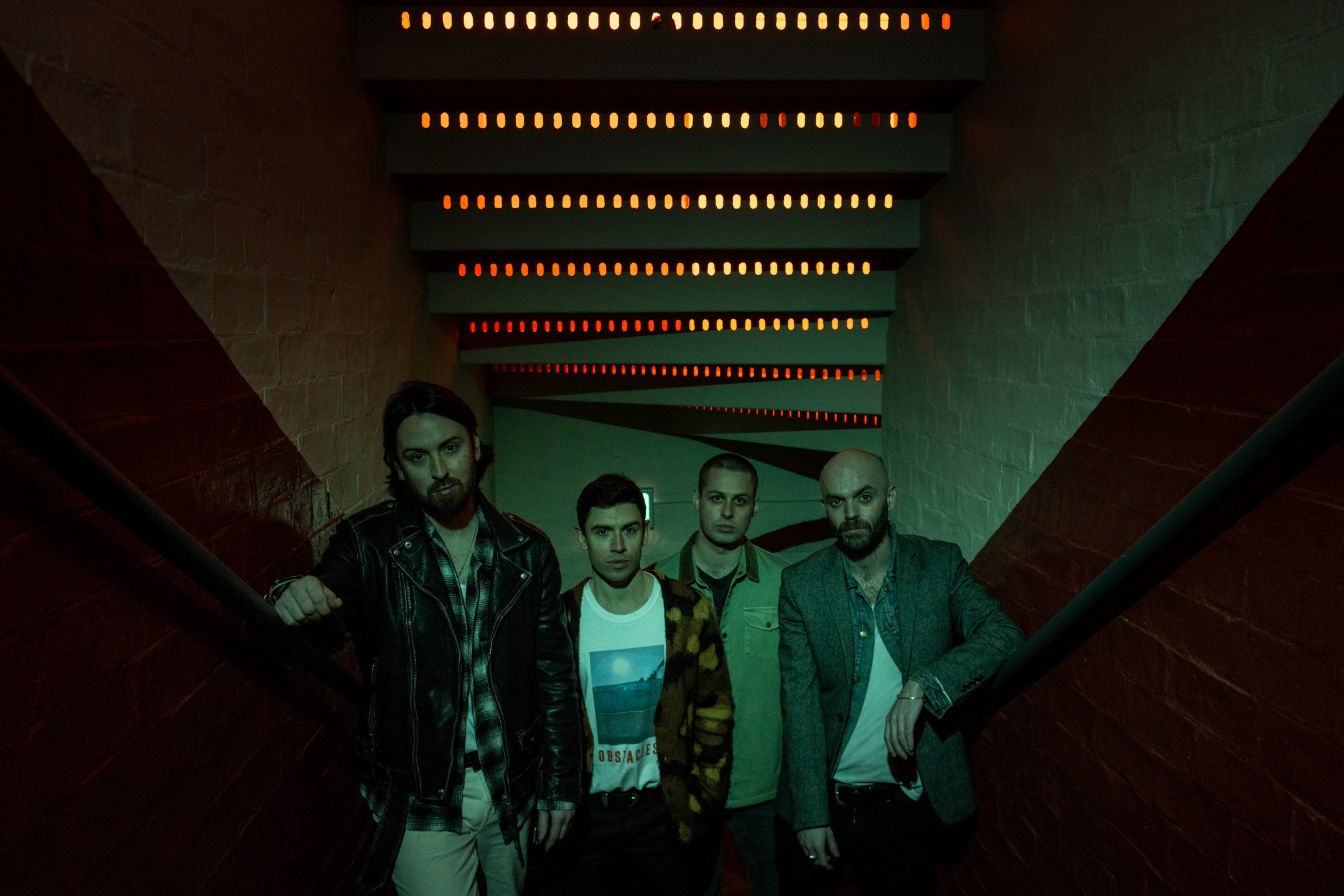 TIJUANA BIBLES have announced the release of their long-awaited debut album ‘Free Milk’ on 3rd September. It has been a long-time coming for the Coatbridge outfit who have amassed a loyal following in Scotland thanks to their Black Sabbath-esque riffs and swaggering cool.

Alongside the news, they have also shared their first single of 2021; the dark and nihilistic ‘Human Touch’.

Rising from a place of anxiety and social disengagement, frontman Tony Costello evokes a series of dystopian images against a deluge of brain-melting riffs and chaotic dissonance. It’s an intensely propulsive listen that sets them up for a big year ahead.

Speaking about the song, Costello says “Human Touch is about being disengaged from myself and others. I was sitting on the bus home through Glasgow, listening to a phone recording of a song we were working on earlier that week, which would become ‘Human Touch’. Looking out the window, people watching, I scribbled down the lyrics and quietly sang the melody into my phone.”

“That day it almost felt like I had been standing on a travelator, passing through all the fuzz and white noise of the city, before coming out the other side without noticing. It was just as lockdown came in and probably written from an anxious vantage point – heightened and dramatised lyrically – but as the year unfolded, it became true to life.”

“From the gutter, to the highest skyscrapers of our imagination, through the pounding noise of dystopian Britain, swimming in subconscious, displaced memories, in a life fragmented -All roads lead back to the human condition. Everything we do has a propulsive energy, ‘momentum’ was our mantra in the studio. We want the album to be transportive, we want you to lose yourself and come out the other side feeling different in some way.”

Plunging us even deeper into their dark and immersive world, ‘Human Touch’ will feature on the band’s debut album. It has been accompanied by an arresting video below which was brought together on an iPhone 6.