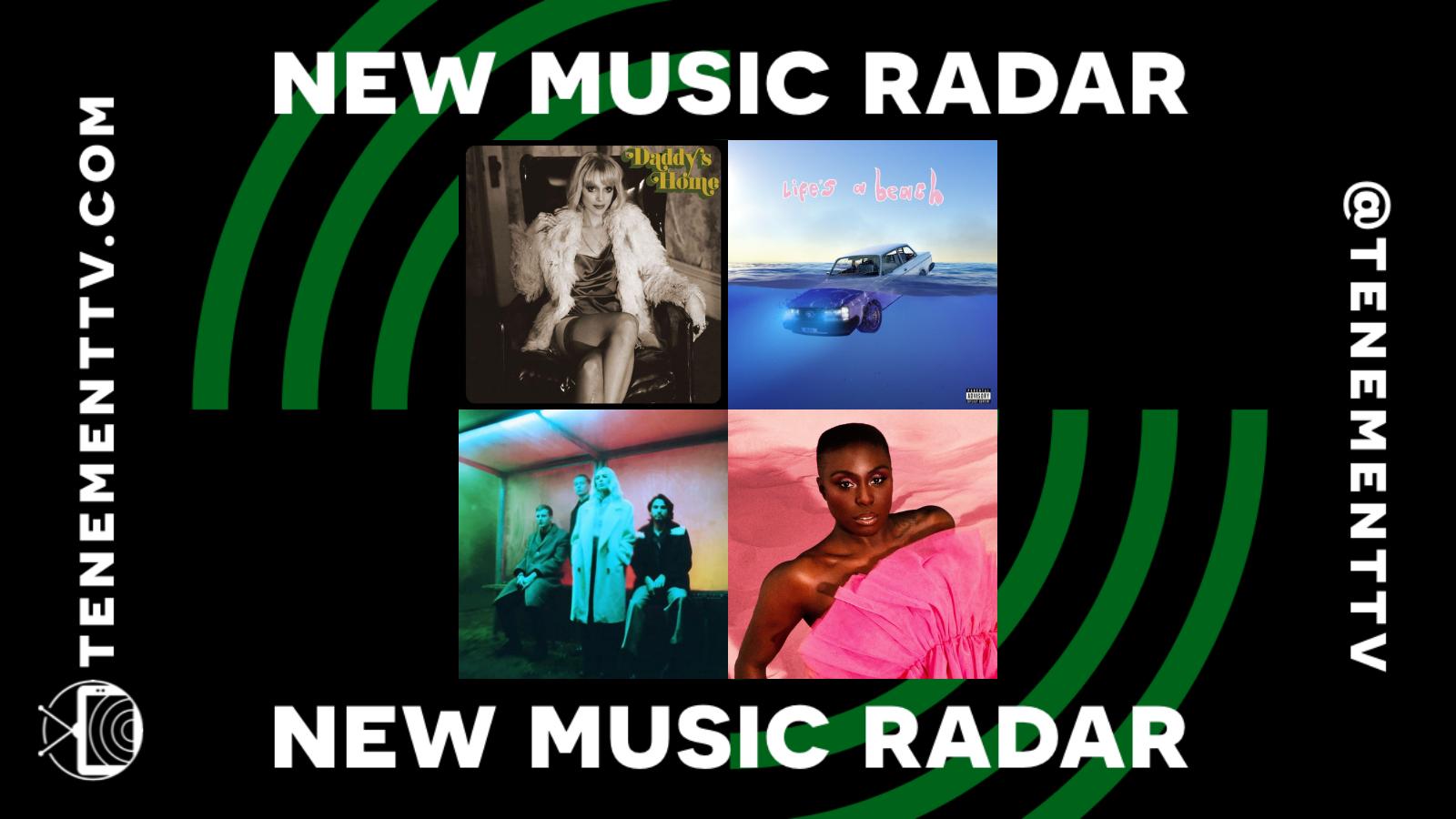 IN a week where the biggest stars in music have been recognised at the BRIT Awards, we’re back to shine a light on the best new music coming out of Glasgow, London, New York and more. Our top tracks of the week include Wolf Alice, Laura Mvula, Declan Welsh & the Decadent West, Linzi Clark and more.

Following the news that their eagerly anticipated third album ‘Blue Weekend’ will arrive a week early on 4th June, Wolf Alice have shared another tremendous preview track called ‘No Hard Feelings’. Slowing down the pace, it shows yet another side of the band, taking its influence from Motown girl groups as Ellie Rowsell reflects on a breakup. Namechecking Amy Winehouse’s ‘Love is a Losing Game’, it may be more stripped-back, but it still packs an emotional punch.

Laura Mvula ‘Got Me’

Laura Mvula is channelling all the feel-good disco vibes on her new single ‘Got Me’. With a slick synth groove that recalls ‘Bad’-era Michael Jackson, it’s endlessly catchy and another taste of the euphoric, 80s-fuelled dance-pop that informs her new album.

We already know Linzi Clark as one half of Paisley electro-pop duo DRIFT, but today she ushers in an exciting new chapter with her debut solo single ‘The Kitchen’. Bringing her individual talents to the forefront once and for all, it sees her push her songwriting into exciting new territories – pairing the lyrical insight of artists like Julia Jacklin and Phoebe Bridgers with the sweeping, cinematic arrangements of Lana Del Rey. Delivered with an effortless cool, her soulful vocals soar and yearn over the 70s-indebted instrumental provided by Paisley producer Bovine – he adds some rhythmic swagger and modern Americana hues which help to heighten the rich, warming nature of the piece. A striking introduction to what looks set to be a fruitful solo career, Linzi Clark is a name you’ll be hearing a lot more from in the future.

Declan Welsh & the Decadent West ‘Another One’

Declan Welsh captures the emotional turbulence of the last 12 months on his brand new single ‘Another One’. Marking his first release of 2021, and his first since last year’s ‘We Wish You All The Best’ EP, the East Kilbride frontman is back and as lyrically acute as ever. Speaking of the track, he’s said “It’s a song about being far apart from each other, and specifically about the very strange year we’ve all spent indoors. It’s a wee journey, musically and lyrically, and I think the tune sort of reflects the way different emotions are constantly competing in your head when you have too much time to reflect. It’s about boredom, anxiety, fear, aimlessness, hope and looking forward to seeing other people again”.

Callum Easter ‘What You Think?’

Edinburgh’s Callum Easter has announced the follow-up to his critically acclaimed 2019 debut album ‘Here or Nowhere’. The new album ‘System’ is slated for release in September and is being previewed by the brilliant ‘What You Think?’. It finds him more direct and confrontational than before, repeating the question ‘what you think about the world today?’ in a steely growl. Upbeat and scuzzy, as if channelling classic rock and roll through an old-school radio, it’s a stirring return that urges the listener to live in the moment and focus on positive change.

Taken from his upcoming album ‘Sgt Culpepper’ out on 23rd July, Joel Culpepper’s new single ‘Black Boy’ is inspired by his memories of working as a mentor in a London school. The singer’s smoky, soulful vocals shine bright over the funk-licked instrumental while his uplifting lyrics (“You give me joy”, “You are my sunshine”), instil a sense of sunny optimism.

Mr Jukes and Barney Artist have announced details of a collaborative album called ‘The Locket’, slated for release on 2nd July. Following the release of ‘Blowing Steam (Open Up Your Mind)’ last month, they’ve now shared the glistening ‘Vibrate’.  Jack Steadman allows the rapper to take centre stage on the uplifting track, with Barney Artist saying “It really summarises mine and Jack’s relationship which is great vibes with a meaningful message.”

St Vincent, otherwise known as the master of reinvention, releases the latest chapter in her storied career today. Her sixth album ‘Daddy’s Home’ finds her warping the sounds of the 70s in her own guise, pairing her incendiary guitar playing with some of her most revealing lyrics to date. One of its many highlights is third single ‘Down’ – a slick track that squelches with funky grooves and infectious choruses.

Easy Life ‘have a great day’

There’s so many reasons to love Easy Life, one of the main being their endless sense of fun and optimism. New song ‘have a great day’ taps into a summer-like feeling of exuberance with frontman Murray Matravers looking on the bright side of life. Another irresistibly catchy slice of indie pop, it’ll feature on their debut album ‘life’s a beach’, out on 28th May.

Tune in to our New Music Radar playlist below.