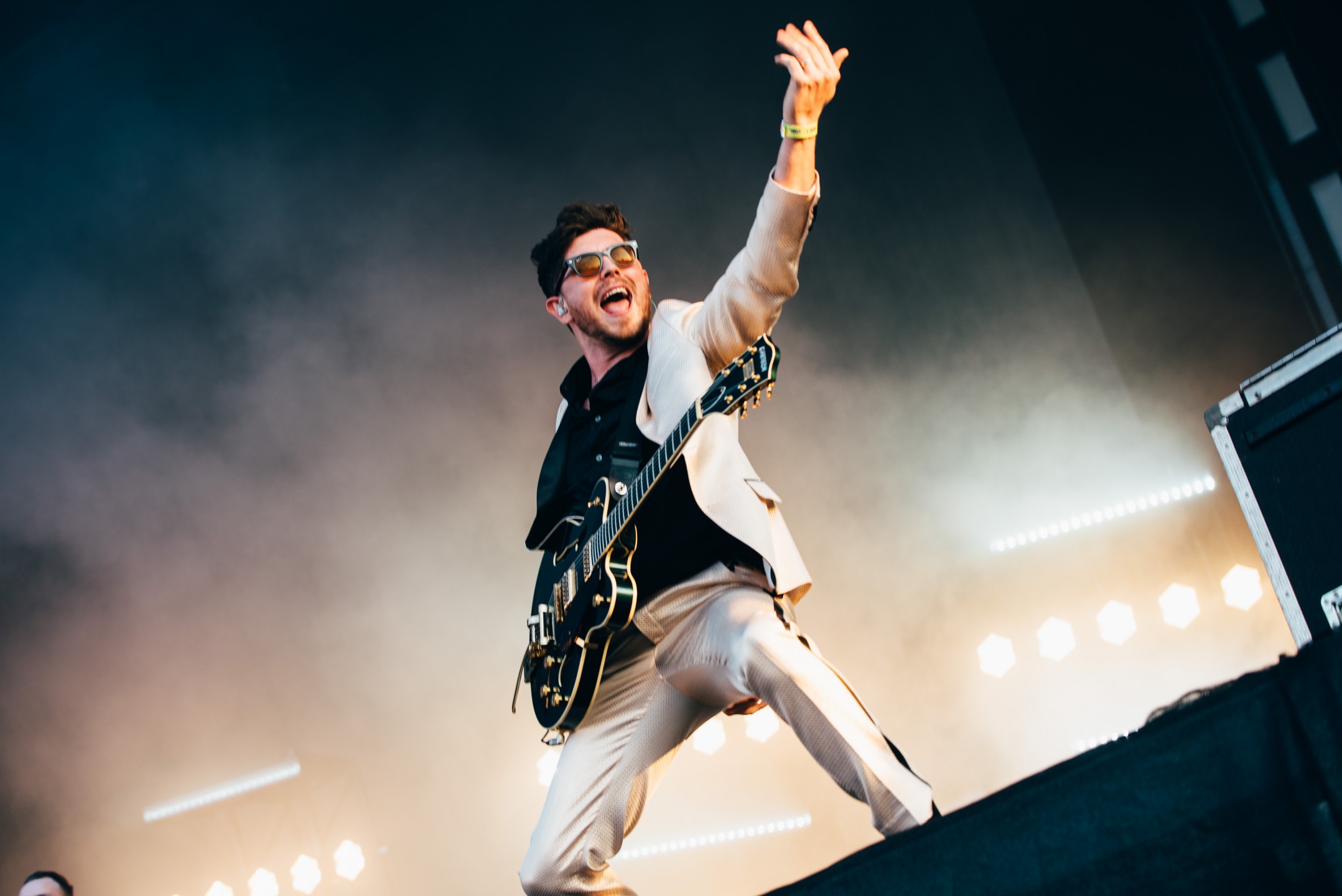 FOLLOWING the release of last year’s ‘POWER’ album, Twin Atlantic are back with a swaggering new tune called ‘Bang on the Gong’.

Marking a big sonic shift for the Glasgow outfit, the track is a bold, fun and adventurous return with slinking melodies, squelching synths and big, swaggering bass lines as Sam McTrusty delivers one of his most charismatic vocals to date.

Arriving with a ‘Once Upon A Time in Hollywood’-themed video, it’s a song that doesn’t itself too seriously but it’s one that will be stuck in your head for days.

“Taking more than a little influence from a recent movie, the possible narrative of our video highlights the fleeting nature of success, while also shining a light on how far we’ve come as a society since those days,” explains producer and bassist Ross McNae. ​“After 18 months of turmoil is there any other way to play the visuals than to have fun and not take life too seriously?”

Sam, meanwhile, says, ​“We let the director Nick Afchain take the lead and he imagined Bang On The Gong as an old seedy ​’70s TV show. It’s very tongue-in-cheek, which matches the song because the track doesn’t take itself too seriously.

“It’s been so much more relaxing letting people who inspire you take the reins, instead of others doing it for you, and it allows for everyone to feel much more invested in the project. I could taste the cigarettes for about three days after the shoot! Ninety per cent of the people in the studio that day were some of my best mates, which was a new experience. I felt really proud of everyone involved on a personal level.”