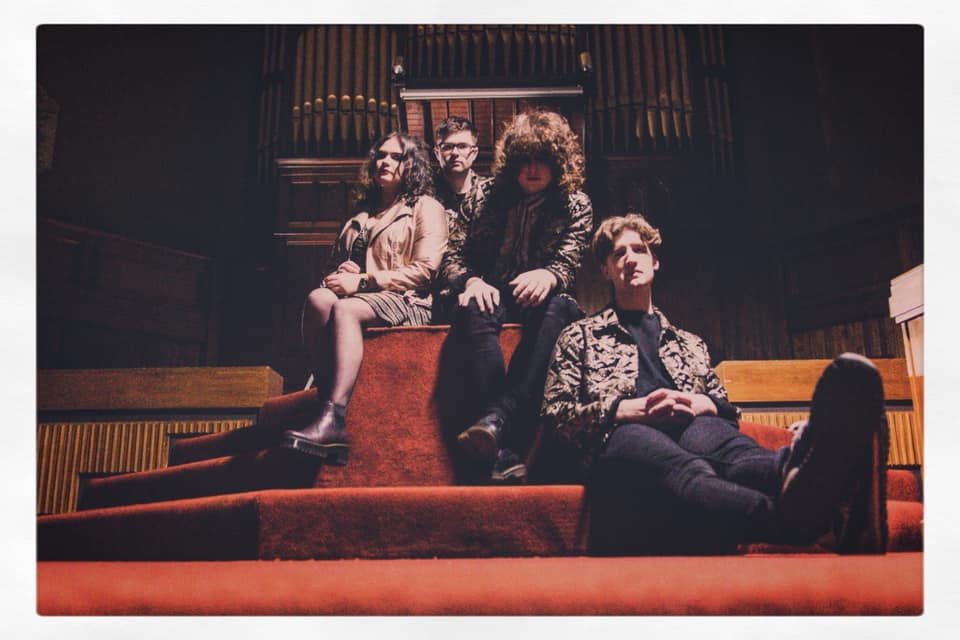 WHILST it title may be an ode to abrupt, face-saving departures with little to no fanfare, what The Vegan Leather’s ‘French Exit’ truly represents is an emphatic and sought-after return to the fray. Over a year on from their last single, the Paisley quartet are finally back and they’re wasting little time in reacquainting you with their frenetic and uniquely colourful world.

Driven forth by recurring bursts of guitar and the intersecting vocal work of Gianluca Bernacchi and Marie Collins, the track mirrors that creeping sense of unease that can set in on a night of escapism before things take a turn for the sour. Prone to saying as much with sonics as they ever do with lyrics, the bombast of the chorus and its disorienting barrage of synth and gratifying rhythms has the ability to evoke a visceral reaction in the pit of your stomach that serves as a testament to their sheer ingenuity.

A wondrously subversive track that recalls Klaxons at their most abrasive or Phoenix back in the creatively untethered days of 2000’s United, the four piece are putting their best foot forward and subtly letting audiences know that there’s so much more that’s tantalisingly waiting to be discovered just out of sight.

Never ones to offhandedly release music, ‘French Exit’ has emerged alongside a new video from Humble Films Productions. A continuation of the existential crises that can arise from a night on the town, the new video takes all the usual tropes of an evening of mindless fun and transforms it into a maelstrom of surrealist horrors. A spot of dancing, the trip to the smoking area, inebriated conversations with friends and a quest to find an antidote to what ails you at the bar, it’s all here and it’s all been ramped up to beguiling proportions. Where other bands treat music and visuals as though they’re in two different vacuums, the band affectionately referred to as “The VL” are looking at everything through a wide-angled lens and this can only bode well for the future.

Fresh from tour dates around the UK, check out ‘French Exit’ below:

Rascalton 'Employee of the Month'