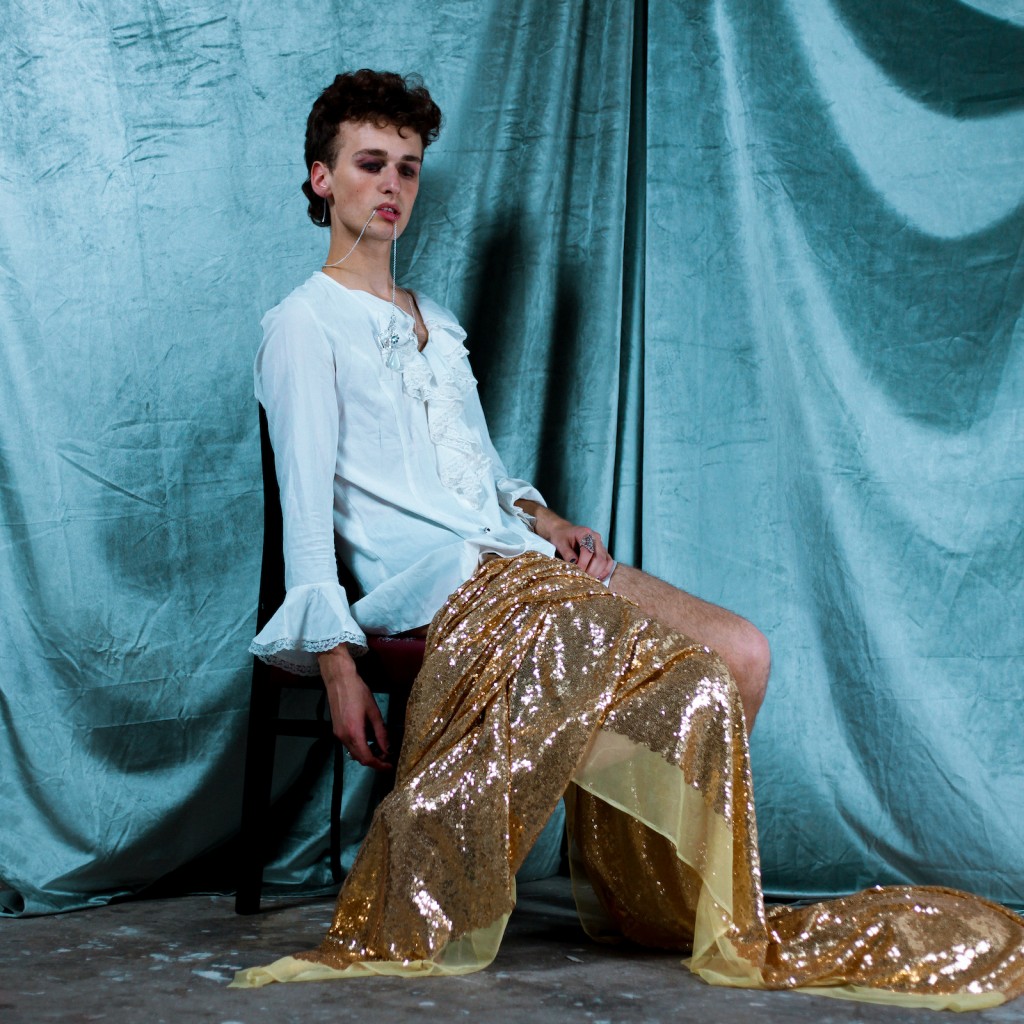 WITH each release, Walt Disco have taken us one step further into the glamorous, glittering and often unpredictable world they inhabit. It has undoubtedly been the most rewarding aspect of their rapid ascendancy over the last 12 months – as their confidence has continued to grow, their unique brand of Scottish post-punk has become increasingly flamboyant, extravagant and downright thrilling and the quintet show no signs of slowing down.

Their latest instalment arrives in the shape of ‘Dancing Shoes’ – a surging, guitar-fuelled triumph. James Potter is as compelling as ever, his theatrical vocal full of anguish as he ruminates over a backdrop of storming, abrasive post-punk. Driven by angular new wave guitars and stomping rhythms, it’s a gripping exercise in catharsis for the frontman as he reveals the darkness that lays beyond the shimmering, theatrical production.

“[‘Dancing Shoes’ was written] during a time in my life where I was really struggling to deal with noticing pain and depression within my immediate family. I found it difficult to talk about, so I used the writing of this song as therapy”.

Potter adds: “The song was recorded at the same time we recorded ‘Drowning in Your Velvet Bed’ in Chris McCrory’s bedroom! We were still discovering who we wanted to be but we knew this song had something that others at that time didn’t. It’s been one of my favourites for a long while now and feels like a fan favourite, so I’m so glad that’s it’s finally coming out”

A beautifully hard-hitting return from the outfit, Walt Disco are in a lane of their own. Released via Sports Team’s Holm Front Records, the track features on a new 7″ vinyl titled ‘Dancing Shoes Won’t Fix My Mind’ alongside a remix by producer and performance artist TAALIAH aswell as their previously digitally released single ‘My Pop Sensibilities’.