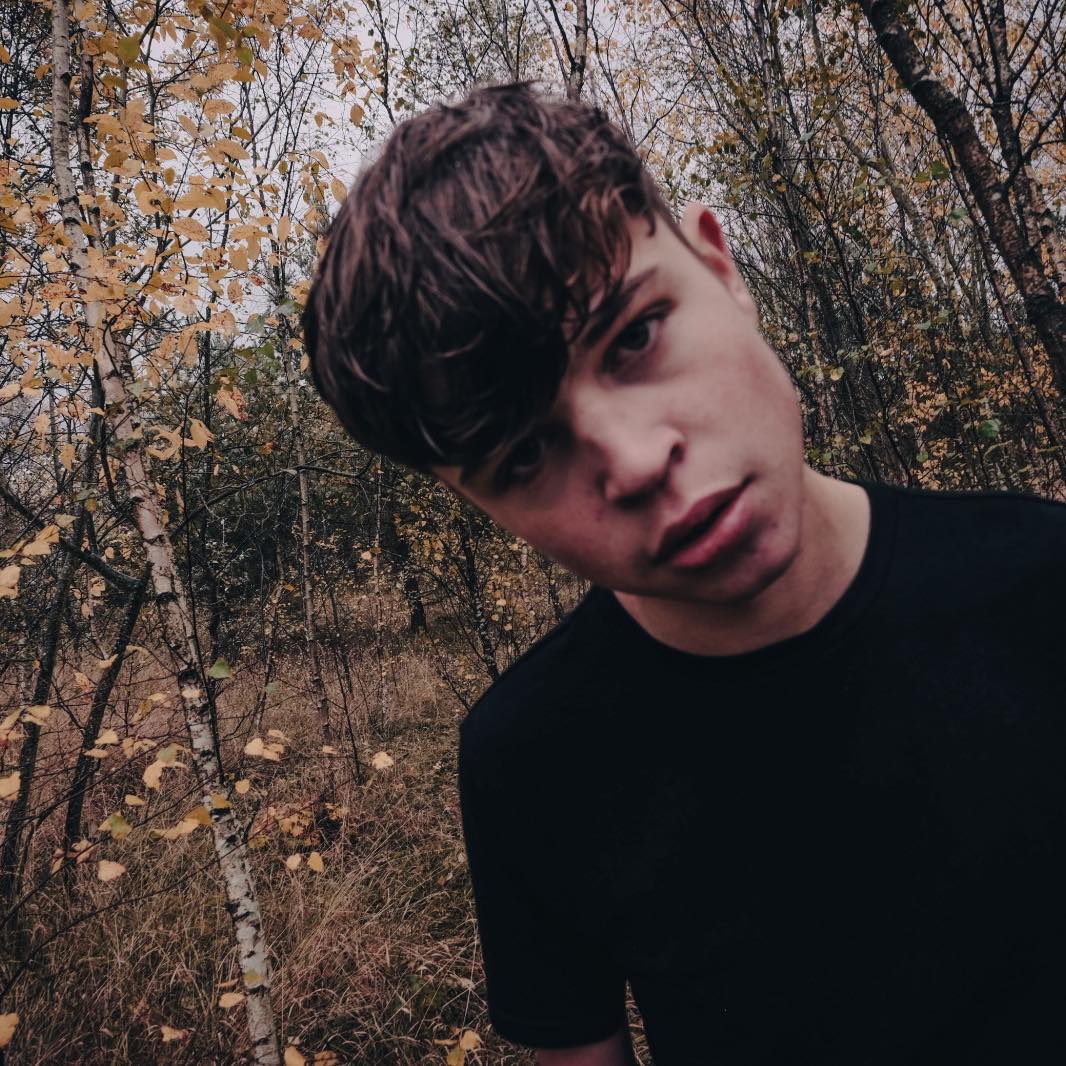 The young artist has experienced an incredible ascent over the last few months, including being selected by Elton John to perform at his British Summer Time show at Hyde Park, appearances at Glastonbury, Barn On The Farm, and the F1 British Grand Prix at Silverstone.

Cementing himself as one of the nation’s most exciting songwriters, he imbues his indie anthems with rich array of vibrant textures and influences – his inventive approach standing him apart from many of his contemporaries.

And yes, he’s all set to play our very own Tenement Trail. So, ahead of his appearance at the festival on 8th October, find all about him below.

I’m 18 from near Sunderland and have been doing this since I was 8 years old.  I played loads of festivals such as Glastonbury by the time I was 12 and spent the whole of lockdown learning to write good music.  I always wanted to wait until I had the right songs to start releasing music and now have two EPs released and have pretty much had the best summer known to man.  The highlight was probably being hand picked by Elton John to perform at Hyde Park for BST live but everything has been wow to be honest.

I’m from the Spotify generation so I just like everything and rarely listen to a full album by anybody.  I love Led Zeppelin, Leonard Cohen, James and The Beatles. So just great songwriters really.  During Lockdown I would break down a brilliant song and work out all the parts and use it to influence a track.  They can all lay claim to teaching me songwriting.

I love Brooke Combe!  Everything I’ve done this summer we’ve bumped into her and she’s just going to be a star.  Would love to write a song for her because I can just imagine her singing an aggressive rock song.  My dad always listened to Del Amitri growing up too.

TELL US ABOUT YOUR NEW EP – WHEN AND WHERE DID YOU RECORD IT?

We recorded it in Brixton with a producer called Larry Hibbitt who was unreal.  He produced the previous EP so it was like putting on your comfortable slippers.  We had guest appearances from Alex from Fat White Family and James from Eliza and The Bear too! We’d do a track a day and the positivity was amazing.

WHAT IS THE EP ABOUT? WHAT THEMES DO YOU EXPLORE?

Pretty much all of the songs are different in subject matter but the themes of self-doubt and my own mental health run throughout.  This E.P is more my sound than the first one where I was demonstrating what I could do but every song was written in a completely different way when I think back.

Not much, I’d just like everybody to know my music and to perform to as many people as possible.  I’ve had a great time performing on smaller stages and early on big stages but I want to entertain the world and that’s not enough for me really.

We’ve had almost 80 gigs this year and now have settled on a set of bangers.  I really enjoy keeping the intensity going so we are going for high energy all the way.

I’ve had loads but appearing on stage with Billy Bragg at Glastonbury would probably take some beating!!  I also watched Paolo Nutini at Glastonbury years ago and stood with Florence Welsh!

I will hopefully have my first headline tour at some point.  I just love performing!!!!

Check out his EP and recent single ‘Like You Do’ below.

TENEMENT TRAIL HEROES ON THEIR TOP PICKS FOR 2022