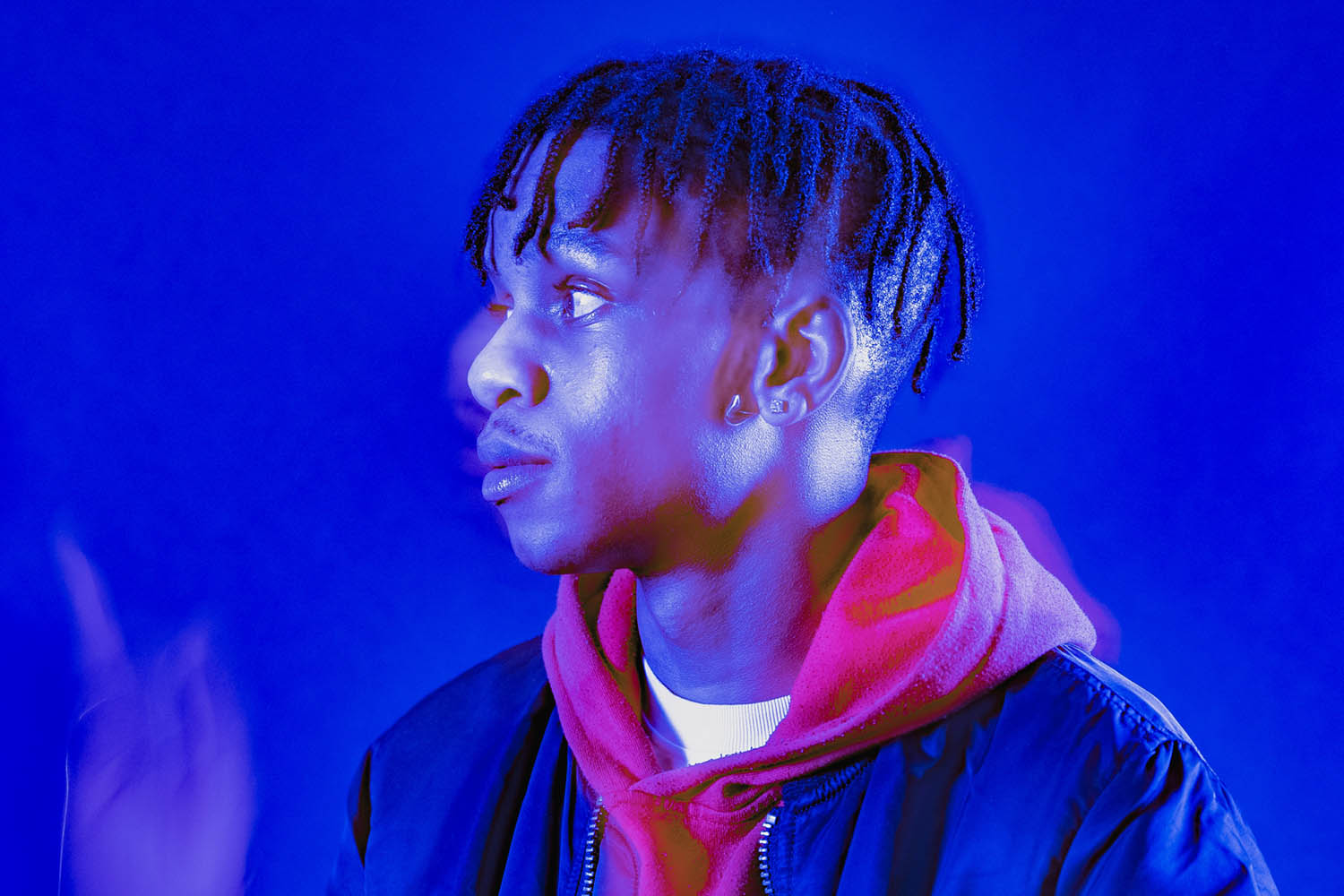 BORN in Zimbabwe and now based in Paisley, Washington is part of an enterprising core of Scottish hip hop artists who are making waves right now. Crafting a sound that is immersive and hypnotic, he merges US influence with a distinctly west coast Scottish accent and slick lyrical flow – showcasing a musical maturity well beyond his years.

Having first caught our attention with his debut EP ‘Rookie’, he has followed it up with a string of increasingly impressive tracks – his latest arriving today in the shape of ‘Set The Tone’ and ‘Season 4’. Another step forward, both tracks indicate Washington’s increasing confidence as a lyricist, as well as his desire to push his sound outwards, beyond the confines of the local scene.

As one of the first acts announced for this year’s TENEMENT TRAIL on 8th October, we spoke to the rapper about his inspirations and ambitions.

Started off with writing a lot in my notes which I never thought anything of to start with, was more or less for my peace of mind. Then I ended up freestyling on beats of my favourite songs, to then going to get something recorded as I wanted to hear what I would actually sound like on a track and the rest pretty much played itself out. I wouldn’t say there was one certain thing that made me start though, I feel like was just different pieces coming together and I was almost oblivious of it till it all started happening.

When I first moved to Scotland I spent most my time watching movies, which helped me a lot in terms of articulating my english per say as I already spoke English but it was a bit too book-literal at the time without any proper understanding, but in most cases I found myself relating to some of the storylines within these movies, some even influencing me to wanna achieve more in life.

I also went to a boarding school when I lived in Zimbabwe and we were forced into participating in activities such as school choir due  or playing instruments, which I hated at the time but was the only way to get out of classes or school at the time as I wasn’t old enough to participate in the sporting activities. Over time, I think it grew to be one of my influences as music became something I was into subconsciously. My big brother also played a large part in this as when I was younger he used to play a lot of music when I was around him or his friends.

I later took influences from other artists etc I grew up listening to but feel like that more came into play after I started doing music as before I was just listening as someone that liked their vibe/songs/personalities.

TELL US ABOUT YOUR NEW RELEASES AND WHAT INSPIRED THEM?

The new releases are pretty much inspired by my everyday life and what’s around me, mostly came from being in studio with one of my friends and Axor the producer who worked on both tracks and we just played around with sounds and samples till we caught a vibe and the rest just came naturally in the same sense.

Create my own wave , be on my own sh*t , that’s best way I could describe it

Vibes,  no cartel, a different type of unmatched energy and some new music that’ll hopefully shake up the room/crowd.

Would probably be attending my first ever Riverside and TRNSMT with Bemz and getting to play alongside them, watching from the crowd alone was a whole different experience for me and then joining them on stage afterwards was something I never thought I’d experience so soon, it inspired me to want to push myself to go even harder and hopefully at some point I’ll get to bring them on stage with me like they did. I had never actually attended any proper festivals till this year.

As a music fan would have to be the Skepta Ignorance is Bliss tour, He brought out Pop Smoke, that made my year, never expected to see him anywhere near Scotland and the show itself was sick ! From start to finish had the crowd going.

Got a few things in the works, all I can say for now is stay tuned !!

IF YOU COULD DESCRIBE YOUR MUSIC IN 3 WORDS, WHAT WOULD THEY BE?

Tune into the two new songs below.

Everything You Need To Know About Connect Festival 2022