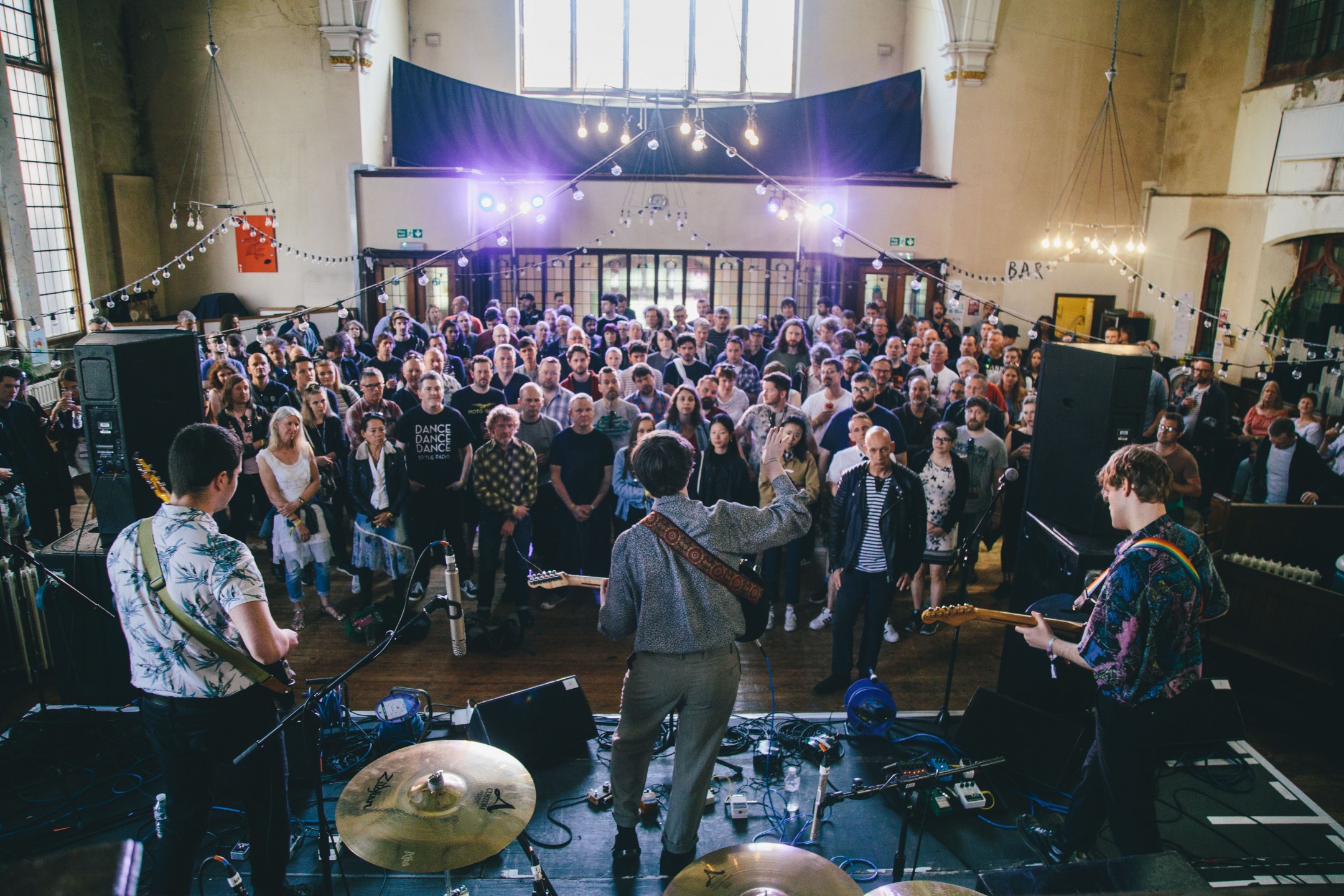 NEXT week, the seaside town of Brighton will once again host The Great Escape  – the UK’s leading festival for new music. With thousands of artists, music fans and industry figures set to descend on the festival, this year’s talent pool is absolutely incredible once again with some of the hottest emerging artists in the world lined up to perform.

Fitting then that this year will once again boast a strong Scottish contingent, with a wide array of artists set to fly the flag for Scotland throughout the weekend. With our nation’s music scene producing some of the finest talent we’ve seen in years, this year’s Scottish line-up spans a wide variety of genres and styles – from hip hop to punk rock to bedroom pop, and everything in between.

With many artists set to make their mark at the festival with their own individual gigs, Creative Scotland have once again teamed up with The Great Escape for the annual Scottish showcase at One Church. Taking place over two days, the eagerly anticipated showcase will feature Blair Davie, MEMES, TAAHLIAH, Kathryn Joseph and Bemz, Medicine Cabinet, Dead Pony and more.

So, ahead of the festival, get acquainted with those artists who will be flying the flag for Scotland at The Great Escape this year – and find out where and when they’ll be playing.

Glasgow’s Alex Amor has a style of conversational music that has been inspired by artists such as the Staves, Big Thief and Tame Impala. In January 2021, she released her debut EP ‘Love Language’ and has since made her presence known around the UK with a flurry of live shows.

As the winner of BBC introducing’s Act of the Year for 2022, Bemz is putting Scottish hip hop on the map. Having recently appear at the O2 Brixton Academy with The Snuts, the hype continues to build with the news that his upcoming King Tuts headline is sold out. His raw, emotionally charged music has seen him selected for the Wide Days Artist Development Programme and Focus Wales, with his UK takeover all set to hit Brighton.

Perth’s Blair Davie has a voice that will tug at your heartstrings, and he has the lyrics to match. With inspirations such as Bon Iver and Dermot Kennedy, passion emanates from every note. Blair’s music deals with coming to terms with his own bisexuality, loss and heartbreak but also the beauty that life can offer.

WHERE: ONE CHURCH, 2:00pm Friday and PRINCE ALBERT, 7:00pm Saturday

Edinburgh’s Hamish Hawk released his critically acclaimed debut album ‘Heavy Elevator’ at the tail end of last year. With a sound brimming with vigour and dexterity, he is also know for his rich baritone and articulate storytelling ability – both vivid in lyrics and melody.

At just 19, Bonnie is still a student at the Royal Northern College of Music. She started her musical journey at the age of 11 when she joined a community music club – setting the foundations in place for her fledgling music career. Having won the Radio 1 Live Lounge competition in 2021, her voice is well beyond her years and she may very well be a household name in years to come.

Since first emerging in early 2018, Glasgow’s Gallus have gone from strength to strength. Known for their riotous live shows and formidable stage presence, they recently sold out a memorable gig at Saint Luke’s and took their first trip to America for SXSW. Having emerged from lockdown with their strongest and most dynamic material to date, they’re sure to win over many new fans when they hit up Brighton next week.

Scottish Album of the Year winner Kathryn Joseph is one of the most unique artists this country has produced. Her music is intimate, fearlessly honest, devastating and cathartic in equal measure. Her new album ‘for you who are the wronged’ came out in April and has received widespread critical acclaim.

Medicine Cabinet may not have any music out in the world, but they’ve already developed a strong, cult following in Glasgow and further afield. , On the basis of a few live shows, it’s clear that the world they inhabit is a fun, fearless and empowering one – showcased by their playful image, sheer charisma and talent. With their debut single out next week, just days before they appear at The Great Escape, it’s a good time to get to know the five-piece. Before the Brighton festival, they headline Road to Great Escape at King Tut’s this weekend. 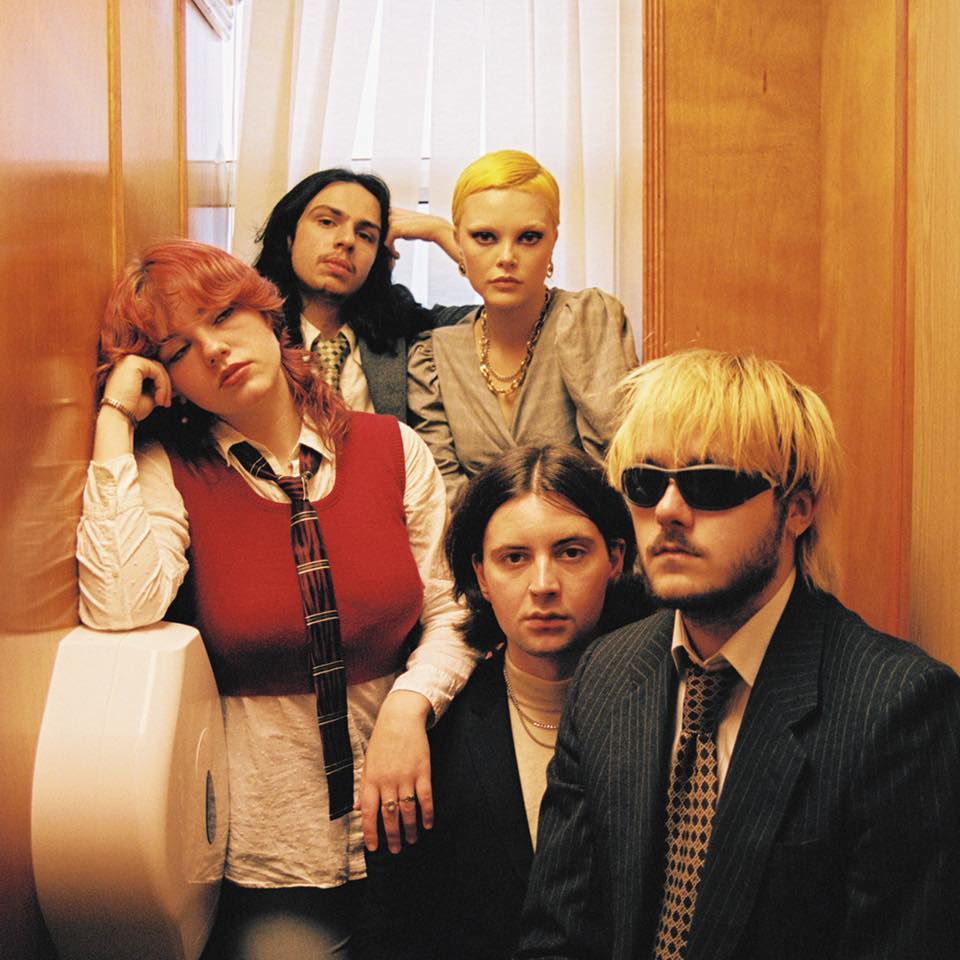 Formed of cousins John and Paul McLinden, MEMES are the purveyors of frenetic, furiously infectious indie-punk. Self-described as ‘laptop rock’, the duo released their self-titled debut EP on Fierce Panda Records in 2020 and have been on the rise ever since.

Edinburgh outfit Retro Video Club are all about big indie singalongs – and they’ve got plenty of them in their arsenal. Having supported the likes of The Kooks, The Libertines and The Vaccines and sold out venues up and down the country, they’re just getting bigger and bigger.

Edinburgh’s Swim School released their debut EP ‘making sense of it all’ last year to widespread acclaim. After emerging from lockdown with some of their strongest material to date, their music takes influence from modern indie, 90s grunge, dream-pop and more – filled with big hooks, distorted guitars and impactful lyrics. Led by the guitarist and vocalist Alice, they’re a force to be reckoned with in the live arena – shifting from singalong choruses and magnificent surges of noise. Ahead of the Brighton event, they headline The Attic in the Garage this Friday.

Since last year’s ‘Angelica’ EP, TAAHLIAH has establisehd herself as one of the main players in Scotland’s electronic scene – even gaining a nomination from the SAY Award. Earning praise from all corners of the industry, including Mary Anne Hobbs. Sherelle, Mixmag, DJ Mag, Boiler Room and more, her sound draws from a wide range of influences such as dance, hyper pop and more.

WHERE: ONE CHURCH, 3:00pm, Thursday and PATTERNS UPSTAIRS, 1:15am, Thursday

Hailing from Cromarty in the Scottish Highlands, Tamzene is a prodigious talent – having learned violin and guitar from a very young age before branching out to her own original songwriting. Taking cues from pop contemporaries such as Adele and Alicia Keys as much as the classic voices of Ella Fitzgerald and Aretha Franklin, she is known for her emotionally poignant vocals and stunningly pristine vocals.

It’s hard to think of another band in recent years who have made such an impact on Scotland’s live scene as VLURE. Founded on an unshakeable ethos of comradeship and self-empowerment, their ferociously urgent sound is a vehicle for vital catharsis and escapism; an opportunity to release tension and exorcise demons and trauma. An intoxicating blend of underground dance textures, towering synth leads, snarly, emotive lyrics and pulsing intensity, VLURE create music that will shake you to your very core. And in the live arena, they are absolutely incendiary. Before the Great Escape, they headline the Garage in Glasgow as part of the Road to Great Escape this coming Saturday.

Another product of Glasgow’s brilliantly fertile music scene, Voodoos are all about punchy indie anthems and endless hooks. Fresh off the back of the TTV Discover tour, they also headline the Road to Great Escape in Glasgow this Friday when they play the Garage. With a formidable frontman In Piero Marcucilli, their brilliantly catchy tunes are made for festival season.

Catch up with The Great Escape news here.