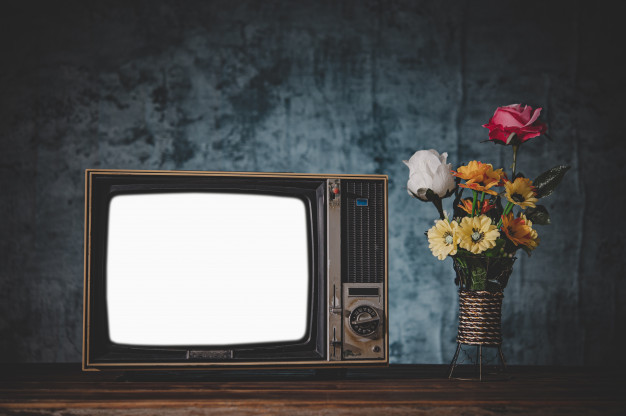 LOCKDOWN has given many of us an abundance of free time while unfortunately depriving us of live music experiences and gigs. The next best thing? A list of our favourite music-based films and documentaries to help get you through your time indoors.

It’s unlikely that you’ve heard of Sixto Rodriguez or listened to any of his music. He is an anomaly of modern pop-culture. The Detroit-based troubadour recorded just two studio albums in the early 1970s and, by many people inside the industry, was believed to possess all the talent of his contemporaries such as Bob Dylan or Simon and Garfunkel. But Rodriguez and his music disappeared into obscurity, apart from in South Africa. Searching For Sugar Man documents how Sixto Rodriguez unwittingly became an icon of protest in Apartheid South Africa and achieved a level of stardom comparable to the likes of Elvis Presley in this one isolated pocket of the world. The documentary follows the efforts of a group of dedicated fans as they search the world for the elusive Rodriguez. In a world where stars are propped up overnight and fame is thrust upon those who are often unwilling to have it or undeserving of it, Searching For Sugar Man is a heartwarming reminder that one person’s art can have a profound impact on millions, even if they don’t know it.

2,500 hours of collated footage from tours, studio time and general hell-raising over seven years resulted in 2004’s legendary rock-documentary, Dig!, directed by Ondi Timoner. The documentary follows the respective journeys of The Dandy Warhols and The Brian Jonestown Massacre as they pursue their increasingly divergent ideas of musical success; The Dandy Warhols sign major record deals and get bogged down in world of music and commerce, while TBJM, and more specifically frontman and songwriter Anton Newcombe, battle with the self-destructive forces of substance abuse and egotistical behaviour. Throughout the film it becomes increasingly apparent that many of the struggles facing the band are anything but unique to their own journey.

Miles Ahead (2016) Directed by Don Cheadle

Don Cheadle’s 2015 film Miles Ahead is a biographical film based on the life of jazz musician Miles Davis (played by Cheadle). Set in the late 1970s, the film follows Davis and a music journalist Dave Braden’s (played by Ewan McGregor) attempts to recover unreleased tapes of Davis that had been stolen. Their journey is fuelled by the traumatic events of Davis’s destructive and violent past, with frequent reference to his failed marriage from the previous decade. The film is highly stylised, opting for metaphorical embellishment of events, indulging in the myths that surrounded Davis, over complete fidelity to the true story of his career. Miles Ahead is well worth watching for anyone with an interest in jazz music, but the semi-fictional nature of the film makes it accessible to anyone with even the most trifling knowledge of Davis and his career.

There’s not a lot that can be said about Oasis that hasn’t already received thousands upon thousands of column inches and been talked about extensively in the mainstream and music press. As a result, the story of Oasis is a well known one; the Gallagher brothers, who grew up in a Manchester council estate, quickly achieved superstardom through their music, before years of drug-fuelled scandals and fighting drove the band apart, resulting in the long-standing, publicly played-out feud between Noel and Liam that we seem to endlessly hear about. But no matter how familiar you may be with Oasis and the story of the Gallagher brothers, no other recent film or documentary has this level of first-hand insight from both Noel and Liam on the band’s history and their relationship. The film features interviews from everyone who played a part in the history of Oasis alongside old news clips, gig and tour videos.

Illmatic by Nas is regarded as one of the greatest hip-hop albums of all time and one of the most definitive to come out of New York City. Time Is Illmatic documents the life of Nas and the stories that gave life to the album. The opening track to Illmatic, The Genesis, starts with the sound of subway trains passing overhead in Queensbridge, where Nas states himself to be a ‘disciple of the streets’. The album is utterly immersive in the world that bore it and few albums to date have been able to match Illmatic’s captivating style. Time Is Illmatic started its life as an article by Erik Parker in 2004, but as he delved deeper into Illmatic’s creation and the stories behind it, what was initially an article to mark its ten year anniversary became a documentary to mark its 20th.

Starring Joaquin Phoenix and Reese Witherspoon, Walk The Line is a biographical film that  follows the life of Johnny Cash from his childhood, right the way through his tumultuous relationship with June Carter and extraordinary music career. The film received much critical acclaim, receiving five Oscar nominations, one of which was won by Witherspoon for Best Actress. Until it was surpassed by Straight Outta Compton in 2015, Walk The Line was the highest grossing biographical music film of all time, raking in $186,000,000 in box offices across the world. Walk The Line is one of the greatest music based films ever made about a star whose life deserves nothing less than a film of this calibre.

Devil at the Crossraods (2019) Directed by Brian Oakes

Devil At The Crossroads

Robert Johnson achieved little commercial success as a blues musician during his brief time on Earth. However, in the years since his death at the, perhaps significant, age of 27 he has become a legendary figure of intrigue as stories about how he gained his guitar playing prowess grew. The story goes that one night, while out walking with his guitar, Johnson got down on his knees at a crossroads in Dockery, Mississippi, and in exchange for his soul, made a deal with the devil to become a famous blues musician. The life of Johnson and this legend in particular is the subject of the 2019 documentary Devil At The Crossroads. Johnson went on to influence the musical giants that came after him, such as Bob Dylan and Robert Plant, and his story remains one of the most compelling in 20th century musical history.

Eunice Kathleen Waymon, better known as Nina Simone, is an iconic figure in pop-culture who requires little introduction, even to those with only a passing interest in her or her music. In the 1960s Simone, became a voice of the Civil Rights Movement in America after the release of her single ‘Mississppi Goddam’, which was an impassioned challenge to racial discrimination following the bombing of a church in Birmingham, Alabama. Simone’s life was filled with personal turmoil, however, as her temperament and abuse tormented her children, who she abandoned when she relocated to Liberia to avoid prosecution over unpaid taxes (which was an act of protest against the Vietnam War).  Through interviews with Simone and family members, and archival performances, What Happened Miss Simone brings new insight into the life and work of a deeply controversial, but highly influential star, who championed the rights of others while struggling with their own inner demons.

For 11 years Freda Kelly was at the beating heart of the biggest pop culture movement in history; she was the secretary of The Beatles. Good Ol’ Freda tells the story of a young woman who held the most glamorous secretarial role ever as she worked alongside the band from 1962 to 1973. Every era, every album, and every moment of the band passed through Freda Kelly who shares her experience through this documentary in what may be one of the last true stories to be told about the biggest band there ever was.

Straight Outta Compton follows the rise of one of the most influential and notorious rap groups of all time – N.W.A. The film centres mostly around the lives of Dr Dre, Ice Cube and Easy E as they put west-coast hip hop on the world map, only to then descend into in-fighting and feuds, before briefly managing to reconcile shortly before the sudden decline of Easy E’s health. The film (which stars Ice Cube’s son, O’Shea Jackson Jr, playing his father) recounts the group’s experiences growing up facing violence and police prejudice, as well as their most infamous moments while on the road, some of which almost beggar belief. Straight Outta Compton, however, is about more than just a group of musicians and their rise to prominence and eventual fall; it is about overcoming adversity by means of their creative, innovative and rebellious nature.

TTV SPOTLIGHT: Everything you need to know about Stream4Scotland