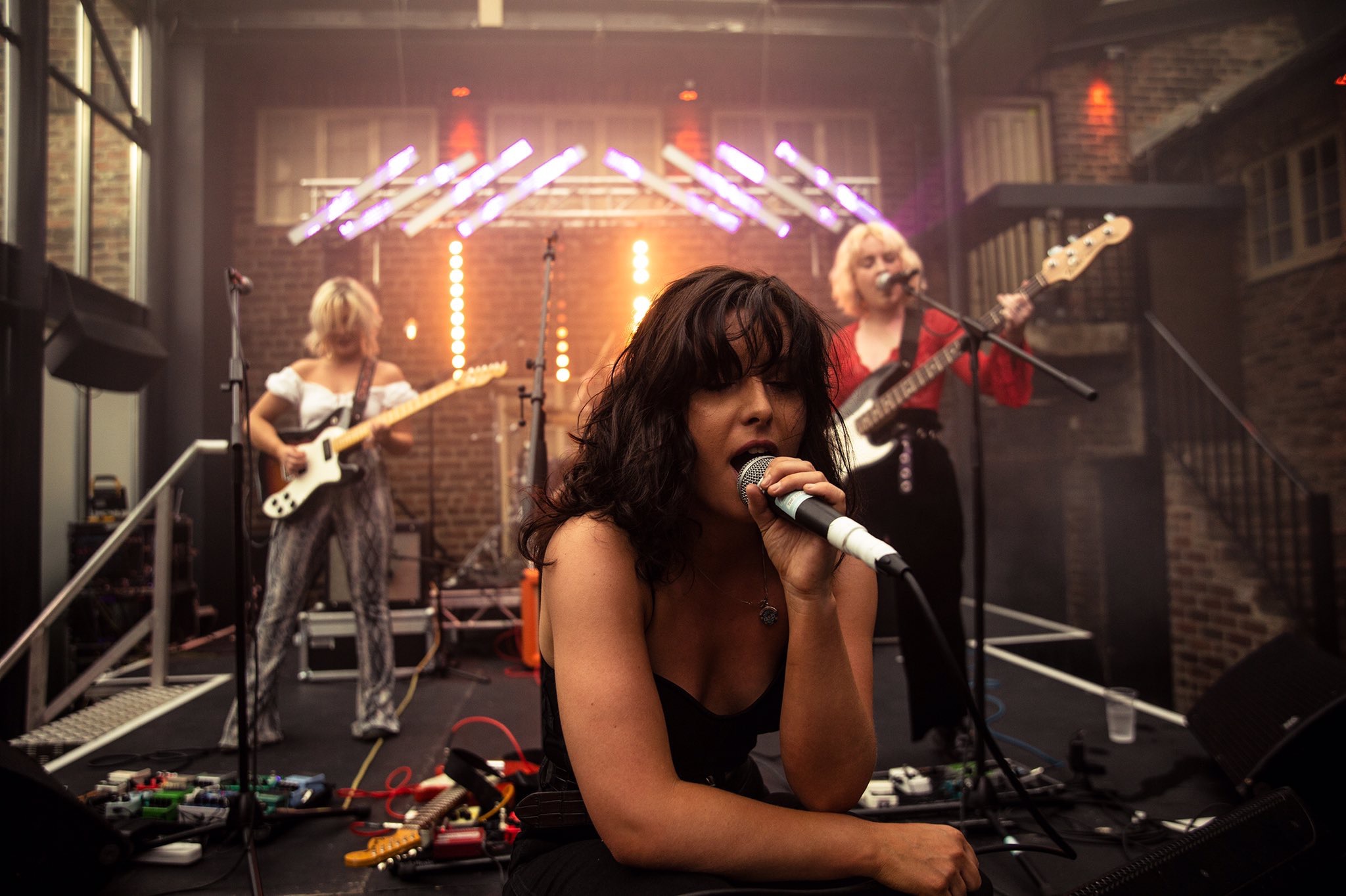 IT’S not often that you get invited along to support one of the biggest rock bands in the world, especially on your own turf. However, this Saturday The Van T’s will be living the dreams of thousands when they take to the stage at Bellahouston Park to open for Foo Fighters at Glasgow Summer Sessions.

“I was in work when I got the email and had to go outside to compose myself. It’s not every day you receive a first-hand email from Geoff Ellis.” Hannah Van Thompson recalls of the day they first got the news from the festival organiser.

As massive fans of the Foos’, it will be a milestone moment for the group to support the US rock titans in what will be their first appearance in Glasgow in nearly 12 years. And blessed with the knowledge that their talismanic frontman Dave Grohl had some influence in the selection process, The Van T’s will be joined by a stellar supporting cast including some of the UK’s most exciting alt-rock outfits such as Hot Milk, Frank Carter & the Rattlesnakes and Slaves. It’s a day that they’re looking on with slight trepidation but immense excitement.

“We are very big fans and are still numb about it all. We are nervous obviously, but we will do what we always do and play our best and try and make the most of this opportunity – hopefully gaining new fans in the process.”

Playing in front of an audience who are all about riff-heavy rock & roll will suit The Van T’s down to the ground. Known for their meaty riffs, hard-hitting rhythms and ferocious grungy hooks, the band have spent the last couple of years carefully crafting a sound that is as deeply stirring as it is unashamedly seismic, taking them from the dark and dingy basements of Sauchiehall Street to festival stages up and down the UK. However, none quite as big as this one. Not only will it be a chance to showcase their material in front of a fresh audience, Summer Sessions will also mark their biggest hometown show to date.

“At festivals you’re playing to new fans all the time, you don’t know them and most of the time they don’t know you so I find it important to try and connect with crowds more often, try and draw people in more.”

“With Scottish crowds, especially Glasgow there’s an essence of all or nothing. We are always so up for it and for most of us, gig going is a good sense of release and freedom. Most touring bands love Glasgow for that.”

This summer has offered the perfect preparation for the weekend ahead. When we speak to Hannah, they’ve just returned from a weekend of festivals down south, pictures of which can be seen throughout this page, and those who bore witness to those shows will know that they have noticeably stepped things up a gear. Brimming with confidence at Truck Festival in Oxford, they tore through one powerfully raucous anthem after another, inciting chaos in the crowd with their grungy riffs and driving rhythms. Hannah says: “We’ve just played Truck and Y not festival at the weekend there, we were really surprised by the positive response of it all. The crowds were really up for it, we didn’t expect the mosh pits and the amount of girls down at the front of the shows was amazing to see.”

Since being selected for Festival Republic’s ReBalance initiative last year, a programme which aims to proactively readdress the gender imbalance within the music industry, the quartet have continued to make an impression with an increasing amount of shows across the border. Discussing the experience, she dilvulges: “This is a great initiative and as a band equality in music is so important to us. We were lucky enough to play Community festival 2018 and TGE 2019 which we thoroughly enjoyed.” 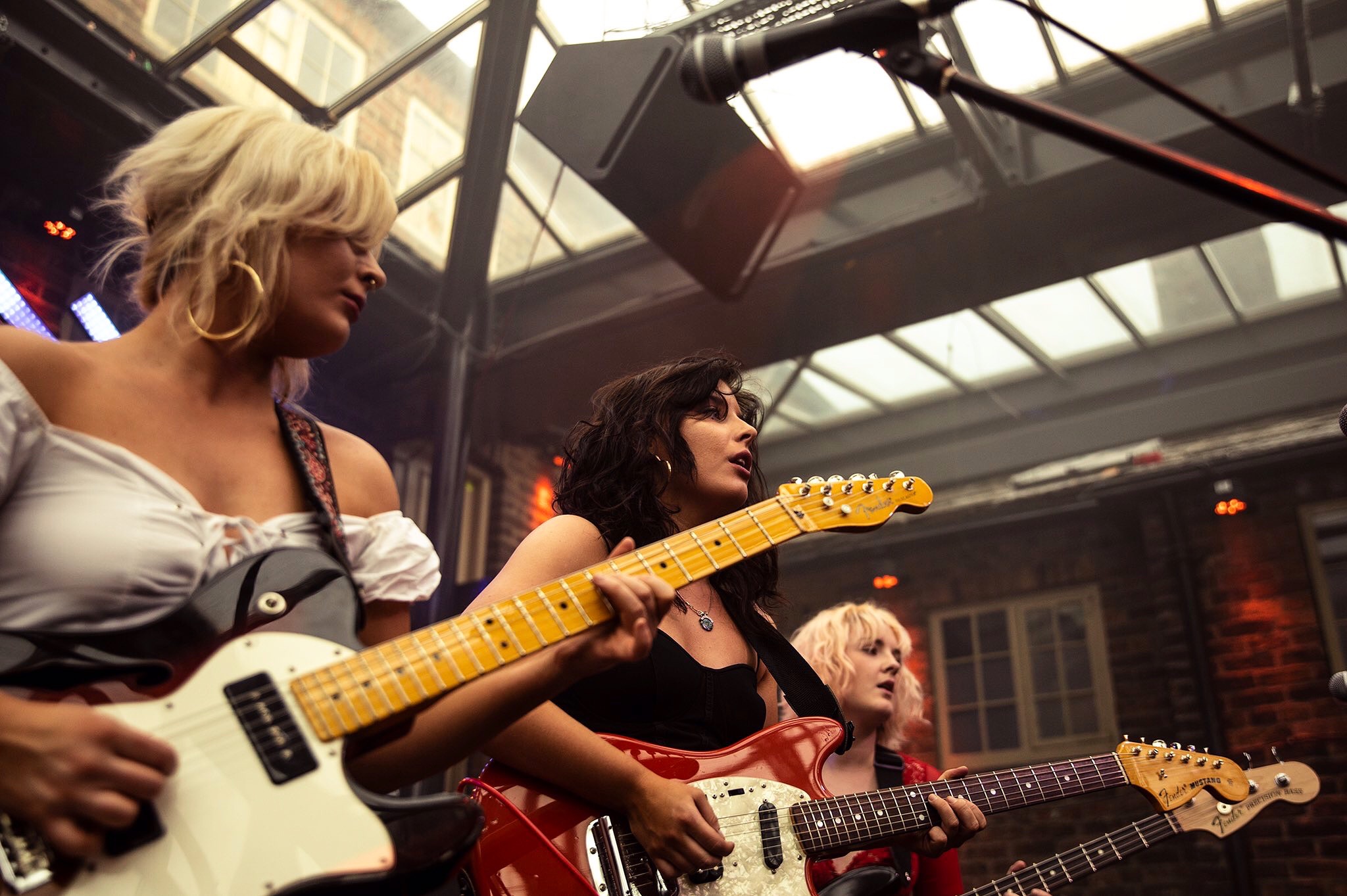 The band have had years of experience when it comes to festivals though, dating back to T in the Park 2015 when they played the T Break stage; a rite of passage for many Scottish artists when it was in existence. Looking back on her favourite festival memories she says:

“The first festival we ever played was T in the Park 2015. I remember all of our school pals and random folk coming down to see us at the T break tent. It really was special for a group of young people who never played a festival before, it was such a positive experience and truly a great festival in itself. As a fan, T in the park 2013 and 2014 were both stunning years for the weather and the line-ups were pretty solid too. I think watching bands at the T break stages made us want to apply and then got accepted the following year.”

Four years on from that T Break experience and The Van T’s have secured their place at the very forefront of the Scottish music scene; a source of inspiration to a new generation of artists just starting out while simultaneously putting the Glasgow scene on the map. They’re a band who are always seen at local gigs, championing their peers at any opportunity and so we ask if they have any advice for those artists in the very formative stages of their career. Unwilling to shy away from the more difficult sides to the industry, Hannah encourages artists to dive headfirst into their craft and to seek inspiration from those around them.

“I understand those who pursue music have different priorities and intentions within music, so I find it difficult to offer advice generally. For me, I have demons associated with anxiety and sometimes question why I do music as my mental health has suffered somewhat. Those who find themselves on the same boat, I can assure you that focusing more on writing and performance aspects instead of the industry side of things helps. I would recommend going to as many as shows you can to get the feel and an insight of live performances and meeting new people along the way.”

With the Glasgow scene under an intense spotlight right now thanks to a number of artists making their presence known well beyond the confines of the city (The Ninth Wave, LUCIA, Walt Disco, The Vegan Leather, Declan Welsh and the Decadent West to name a few), it’s hard not to be inspired by those around you. And The Van T’s are an integral part of that community who are forging a formidable reputation. Hannah comments: “Thank you for thinking of us in that way! We are blessed to be part of such a thriving scene. I think a lot of places outside of Glasgow are looking at our city as a haven of music at the moment.” And in the midst of a busy few months, she divulges a few of her 2019 highlights: “I think releasing music and playing in places we haven’t played before have been pretty cool. Working with Big Indie records has been fun also!”

After the release of the crunching sucker punch that was ‘Control’ earlier this year, fans will be pleased to know that more material is on the way: “We have been sitting on new music and will have release details very soon for you guys.”

As for the next five years though, The Van T’s are happy to take things as they come. “To be honest, I can’t think forwards to the end of the year never mind 5 of them. Hopefully still kicking around!” she says. 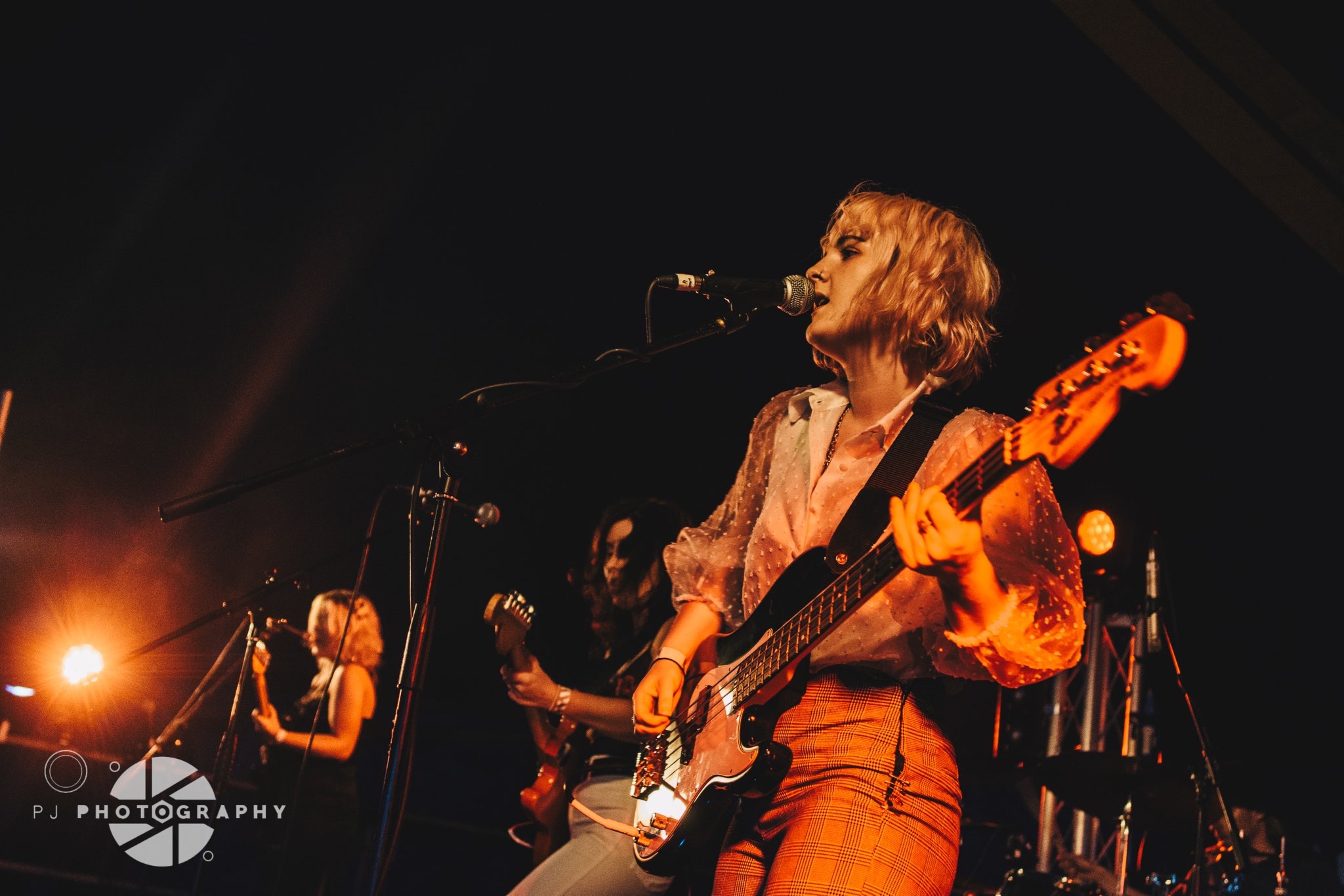