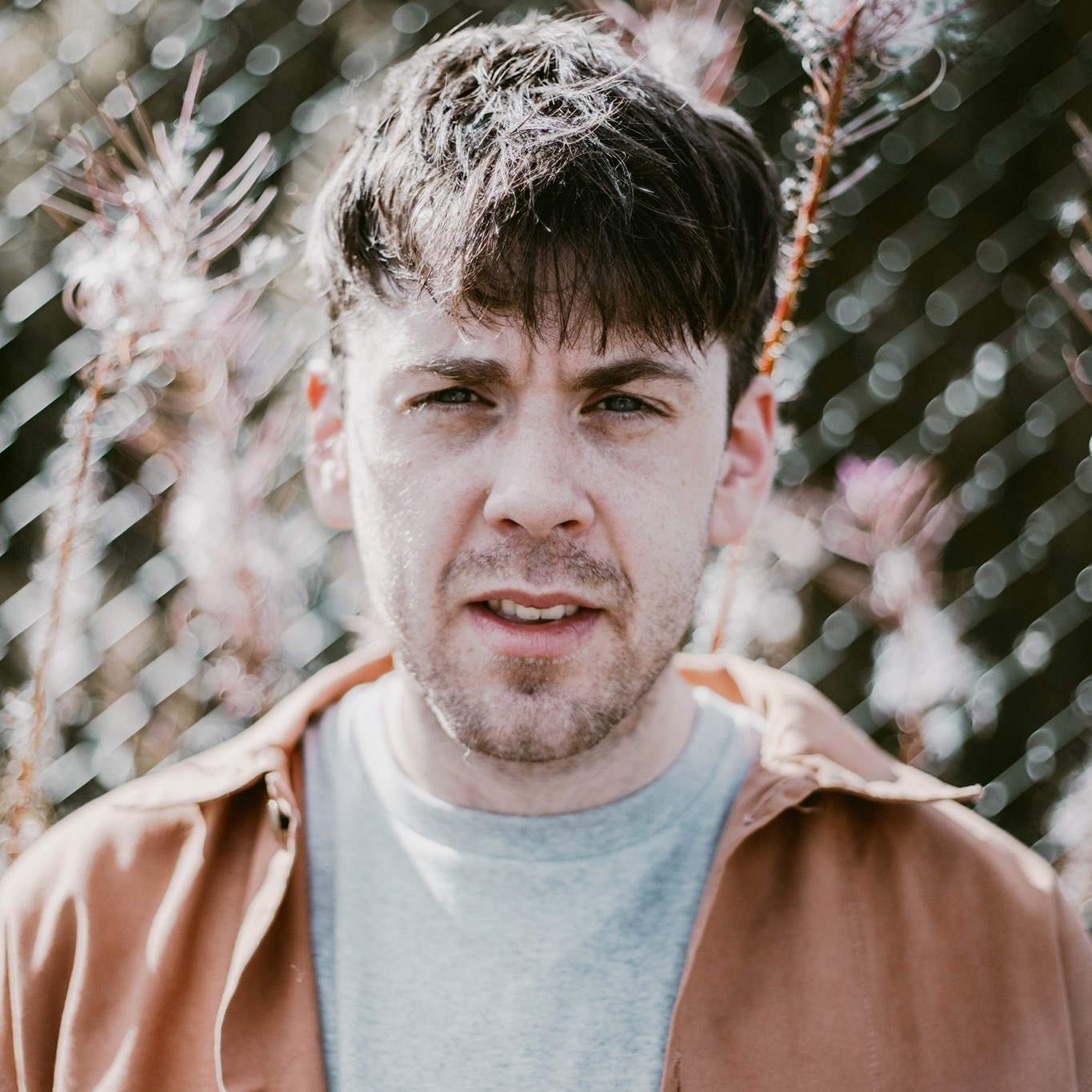 TOM JOSHUA first burst out of Teesside in 2017 with his self-released debut single ‘Meteor Showers’, gaining support from BBC Radio 2 and BBC 6 Music and clocking up over 1.5m worldwide streams. It was just a small sign of what was to come from the indie-folk troubadour who then used the following two years to retreat back into his craft and hone in on his songwriting with the help of producer Cam Blackwood.

After taking this time away from the spotlight, Joshua re-launched his career earlier this year with the release of ‘Cinema’; a beautifully executed slice of indie-folk that indicated a shift towards a more bold and engulfing sound, one defined by warm, expansive soundscapes, layered melodies and soaring vocals.

With an innate ability to pick up tiny fragments of life that are overlooked, forgotten or undervalued and shine a light on them in a poignant and intricate manner, a number of singles followed throughout the year before culminating in the the release of his debut EP ‘Undergrowth’ back in October.

Recently awarded a highly sought-after PPL Momentum Fund grant, we caught up with Joshua to hear about the EP, his inspirations, growing up in the North East and more.

“I am doing well. The year has been a blur with some rough parts but I’m chuffed to have put some music out in this year! It’s nice to share something with people. The EP for me felt like a milestone and a nice opportunity to give people more insight where the music is going.”

Initially taking form a couple of years ago, Joshua built up hundreds of demos before deciding on the finished article. Citing Cam Blackwood (George Ezra, Billie Marten) as a good sounding board throughout the recording process, his studio provided the perfect setting for the singer-songwriter’s ideas to blossom.

“I’d say it started a couple years ago with the writing of ‘Cinema’. Lots of ideas and 100s of demos were made in the time leading up to the recording. The 4 songs are the ones that seemed to gravitate towards each other and the ones I was keenest to record. Cam (producer) is brilliant –  a proper listener! You couldn’t ask for anyone more enthusiastic about your music in the recording process. He made it easy. And the little team he works with was class too.”

Joshua reveals he was listening to a variety of artists around the time of writing and recording, namely Bruce Hornsby, Jimmy Eat World, Big Thief, Bon Iver, The Blue Nile and James Blake – an eclectic mix that led him to push his music in more expansive directions. We asked what sparked this shift between his 2017 debut and now.

“Time, I reckon. Just developing and changing as a person and wanting to explore different avenues. Listening to my early releases feels like they were made by a slightly different person. The music I’m making now feels as if it’s pushing even further out than when I set off.”

While his appreciation for sound and production has continued to evolve, Joshua’s songwriting remains rooted in very specific locations and experiences. In ‘Cinema’ he reflects on his favourite retail park and multiplex cinema in Teesside, in the rousingly anthemic ‘Knock on a Hollow’ he addresses a drummer living on top of a parade of shops while the EP’s strident title track came from an innocent walk with his dog.

He says “I like paintings and photos. You have to fill in the blanks. I find myself doing that a lot with locations and experiences. If they stick with you, you keep them and they’re strong for some reason. When I’m writing songs I go back to them and either try to figure out why they stuck, or make something up to give them a narrative or just use them as a means to tell a story.

“I’m not sure who inspired me to write this way. I’m drawn to songwriters who give you something but not too much. Nick Drake comes to mind as one of those people. Sometimes it feels he’s on another planet entirely but there’s familiarity there.”

“I take a lot of inspiration from living in the North East. As I said, the songs are often location-based, so I owe a lot to northerners and all of our stuff.”

Since picking it up as a hobby at college, songwriting has become an essential outlet for Joshua as he tells us about his first tentative steps into the industry.

“I started making music in college when my brother left for music uni and the house was getting quiet. I’ve always loved music but never really saw it as skill in myself until I was giving it a go, I got addicted to making songs. I don’t know if I ever decided to choose it as a career. It has built some of its own momentum which is great. I work as a chef also so it’s a juggle. Music remains to be an outlet and hopefully I’ll be making it till I’m old, whether or not it buys me a cabin.”

While we get the impression that Joshua is fuelled by nothing other than a real passion and devotion for his craft, all of his hard work is starting to pay off and literally so with the announcement that he has recently been awarded a highly sought-after PPL Momentum Fund grant. The grant will be a massive boost to the singer-songwriter and his future releases and he reveals that we can expect more material in the not too distant future.

“It feels incredible when someone deems you fundable and believes in what you’re doing. They’re a great organisation and I’m massively grateful for it. I think I’m looking at a second EP next year. Then – who knows, hopefully an album.”

Listen to ‘Undergrowth’ below.

TTV TALKS: The Ninth Wave on being SAY Award Longlisted, album number 2 and a hopeful future