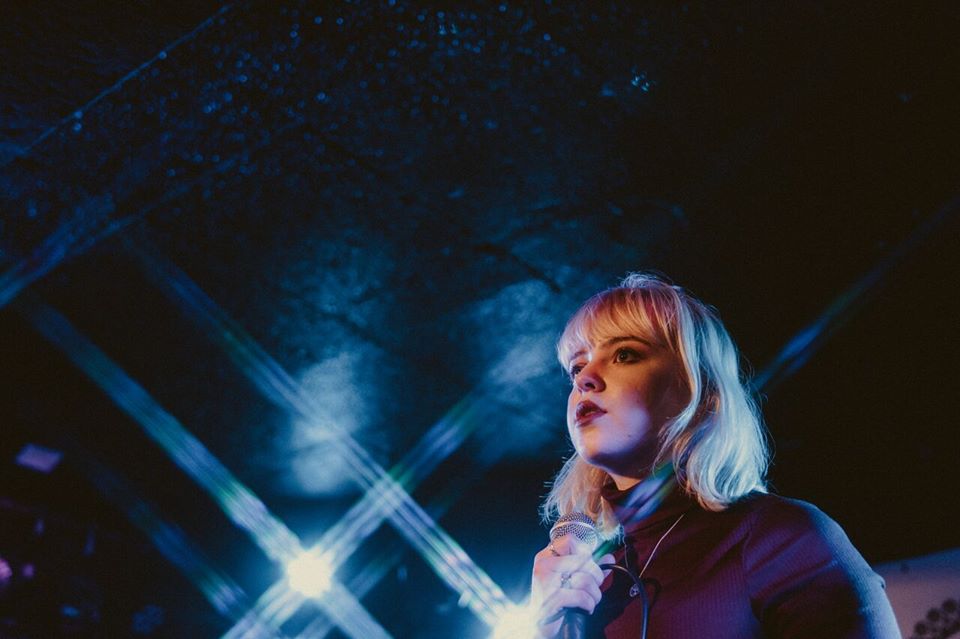 WITH just weeks to go until it makes its grand return to Glasgow Green, TRNSMT Festival recently announced the introduction of the Queen Tut’s stage; a brand new platform for grassroots female talent and festival headliners of the future. Pledging their commitment to breaking down the ‘gender play gap’, festival organisers have carefully curated an exciting line-up featuring some of the best emerging talent the country has to offer across three days of incredible live music. And spanning a wide variety of genres and styles, the newly announced line-up is a brilliant snapshot of Scotland’s flourishing and incredibly diverse music scene.

Glasgow-based singer-songwriter Deni Smith and her band The Good Guys will be one of the many artists appearing on the brand new stage. Known for her sun-soaked pop tunes and infectious charisma, she has spent a considerable amount of time honing in on her craft and is set to leave a lasting impression on the TRNSMT crowds when she makes her Queen Tut’s debut in a couple of weeks. Ahead of her appearance on Sunday 14th July, we caught up with Smith to chat all things Queen Tut’s, festivals and plans for the future.

“The band and I are delighted to be playing at this year’s TRNSMT festival. Having been to the festival for its debut year, I personally am ecstatic to be part of it, as the 2017 set-up was very impressive and exciting. We are so humbled to be playing the Queen Tut’s stage as the bill is full of so many exceptional acts such as Cara Rose, Zoe Graham, Scarlett Randle and CRYSTAL. The stage is a welcome addition to the line up as it has brought with it so many of the UK’s current hot talents. We are just so pleased to have been asked to feature.”

Equal representation on festival bills has been a very hot topic of late and Deni believes that it is extremely important that mainstream festivals like TRNSMT use their platform to promote the right values: “All live music should aim to exude equality in all forms. Mainstream festivals have a unique power to promote values on a large scale so it is important that their line-ups are selected with this in mind. Creatives have the power to influence and touch the lives of so many others, so it is essential that there is clear visibility of all types of people in order to promote confidence and strength for all. I have been greatly affected in the past by musicians that I feel are similar to me, whether it be the gender they identify as, the music they make, or other characteristics I have in common with them”

“Visibility is about empowerment, it is about letting others know that they can do whatever they put their mind to, with little barriers to face by showing clear examples of others they can relate to doing so. The Queen Tut’s stage as a platform for emerging artists is showing that all genders are worthy of a place. It would be great if in future there was more of a balance across all stages, platforms and festivals, as hopefully this would make gender less of a visible inequality, and more of a social characteristic which need not be taken in to account for most of day to day life.”

Based in Glasgow and no stranger to the local circuit, Deni gains great support from the city’s collaborative music scene and she believes it’s making all the right moves in working towards a level playing field. She said: “The Scottish music scene is a very successful branch of the industry and I am genuinely delighted to be a part of it. I feel in my little Glasgow bubble, as artists we are extremely supportive of one and others’ craft, attending shows and showing a general and authentic interest in each others’ work. All who wish to are encouraged to participate and show off their talents. For this reason, I feel on an artists, level the scene is very good at providing a level playing field for all artists.

However, there’s still a lot to be done in the industry. She adds: “Above the musicians tier, I myself, as well as a number of my friends in the scene have definitely experienced discrimination in the past. This has been less apparent recently, but I do still feel that people with certain social characteristics are not as encouraged to make and contribute to art. If we made more of an effort to recruit people of all groups to the artistic movement, then we would have inherently more equal representation at the top level. I also feel like increasing equality behind the scenes of the industry could be paramount in improving visibility for all. As it stands, the scene is doing well in moving towards promoting equality, however this could certainly better executed at times.

As an artist still in the very formative stages of her career, Deni has years of experience of gigging around Scotland. What advice would she have for those just starting out? “Less so for female artists specifically and more for all artists starting out, I would encourage them to focus on their craft. Make sure your work is something you are proud of and excited by. The things you put out to the world in whatever form have the potential to last an eternity, and on top of that, you will have to spend a lot of time playing and listening to the songs you are writing when performing and promoting yourself.”

“Another important aspect in starting out is recognising the help that is available to get you to the next step in your career. Great opportunities for those starting out, especially those aged 14-19 are MusicPlus+ and Hit the Road. These are two projects run by the Scottish Music Centre which aim to help young people reach the next stage in the career, by providing top quality mentoring from experienced and dedicated musicians. I personally benefited from time on both of the programmes as an emerging artist and was given many great opportunities off the back of my participation, such as a slot at Belladrum Tartan Heart Festival. It is important to find out at all stages of your career who your allies are, where to find them and how they can aid you in your development. Let others help you, you can’t do every little thing by yourself.”

“Learn from other musicians. Collaborate with musicians you have around you, listen to and dissect the work of artists you admire, make an effort to continually learn and grow. Most importantly, take your time and don’t rush things. Rome wasn’t built in a day. If you love it and you want it, you’ll get there.”

Her appearance at Queen Tut’s will just be the start of what she hopes will be a massively exciting 12 months. Having been working away behind the scenes to create something special, she expects to release new music at the end of the year. “The band and I have HUGE plans for the next year and further. We are waiting in the wings with great amounts of excitement and anticipation to finally show everyone the things we have been working on for the past while. We are taking a great amount of time to make our creative visions come to life, and really want to do ourselves and those working with us justice before we start to release our new material. Most of our upcoming work does have to be kept under lock and key until the moment is just right, but we can say that you can expect new music from us by the end of 2019 and all throughout 2020.”

“We are planning to continue with occasional gigs, but are taking more of a backseat to focus on our craft and future releases. We are so happy with how everything is coming together so far and we seriously cannot wait to get our tunes out there!”

TTV TALKS: Mist on TRNSMT, his Birmingham roots and the UK rap scene