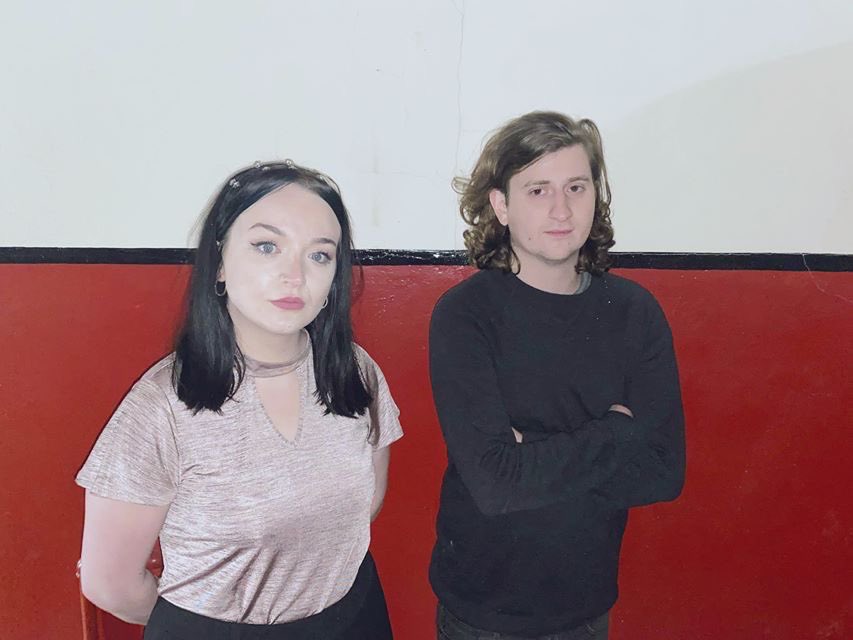 JOINING the rich lineage of musicians who have come out of Paisley, DRIFT are an electronic duo who merge the folk influences of songwriter Linzi Clark and the electronic stylings of producer Andrew Quinn.

A mix of fate and common interest brought the pair together back in 2018, a shared affinity for disco and 80s dance a key starting point for their sonic relationship to blossom. Having pursued different paths in music up until that point, Andrew a music and technology teacher and part-time DJ/producer and Linzi a songwriting student and seasoned solo acoustic performer, they discovered an immediate chemistry that just had to be explored further. Since then, the pair have successfully carved out their own unique space in Scotland’s music scene with a series of impressive single releases, combining Linzi’s love for lyrics and melody with Andrew’s carefully trained skill for musical arrangement to craft a sound that is deeply atmospheric as it is wholly intoxicating.

Just last week, the band added ‘Lifeline’ to their increasingly impressive repertoire – a beautifully cascading sonic journey that takes their ethereal electro-pop to new cosmic heights. Described by the band themselves as their “Clark Kent” moment, immersive dream-pop makes way for an emphatic invite to the dancefloor and a night spent under the glittering shards of a disco ball in what is undoubtedly their most vibrant and ambitious cut to date.

Following its release, we caught up with the duo to hear about the new single, the Paisley music scene, their songwriting partnership and more.

Linzi begins by telling us about life in lockdown and how this has affected the band’s creative momentum. She said “I think I’ve just started to embrace the slower pace of life over the past week or so. It was definitely tough to adjust at the beginning as we’re so used to playing live and relying on that live feedback from gigs to keep the creative momentum going. I went through a phase of writing lots of new melodies and small snippets of songs, followed by a few weeks of nothing.

“It’s been weird, but on reflection has been a welcomed pause for us as a band. Before lockdown we were pretty much back to back gigging and focusing on playing live it’s been good to be able to take a step back and focus on our next releases and writing new songs. We’ve been able to scratch beneath the surface and really think about what we want to do next and what’s important to us looking to the future.”

After taking some time out to think about where to go next, ‘Lifeline’ seemed like a natural starting point. The track has been a firm fans’ favourite and a staple of their mesmerising live shows for some time now and is a really vibrant, invigorating addition to their catalogue.

Andrew said “Yeah it feels like a lot of small steps but it seems like we’re going in the right direction! It’s good to get some music out there so people can hear the progress we’ve made”

Known for broaching issues of the heart and mind against a backdrop of celestial electronica, ‘Lifeline’ retains the thoughtful introspection of all of their material thus far as Linzi Clark embarks on a journey of self-discovery and reflection. Exploring the blurred lines that exist between lust and love, there’s a real sense of casting aside your inhibitions and just letting go as Linzi’s sublime vocals weave in and out of Andrew’s pulsing production.

Discussing the inspiration behind the song, Linzi says “Lifeline is about treading the line between lust and love and not wanting to commit to something in fear of losing the ‘spark’. It’s about  wanting to delve into the moment without an aftermath of doubt and fear and only wanting to show a certain side of yourself – aside that’s not too real or serious. And then I guess it explores how you confront those feelings and ask yourself why you feel like this.” 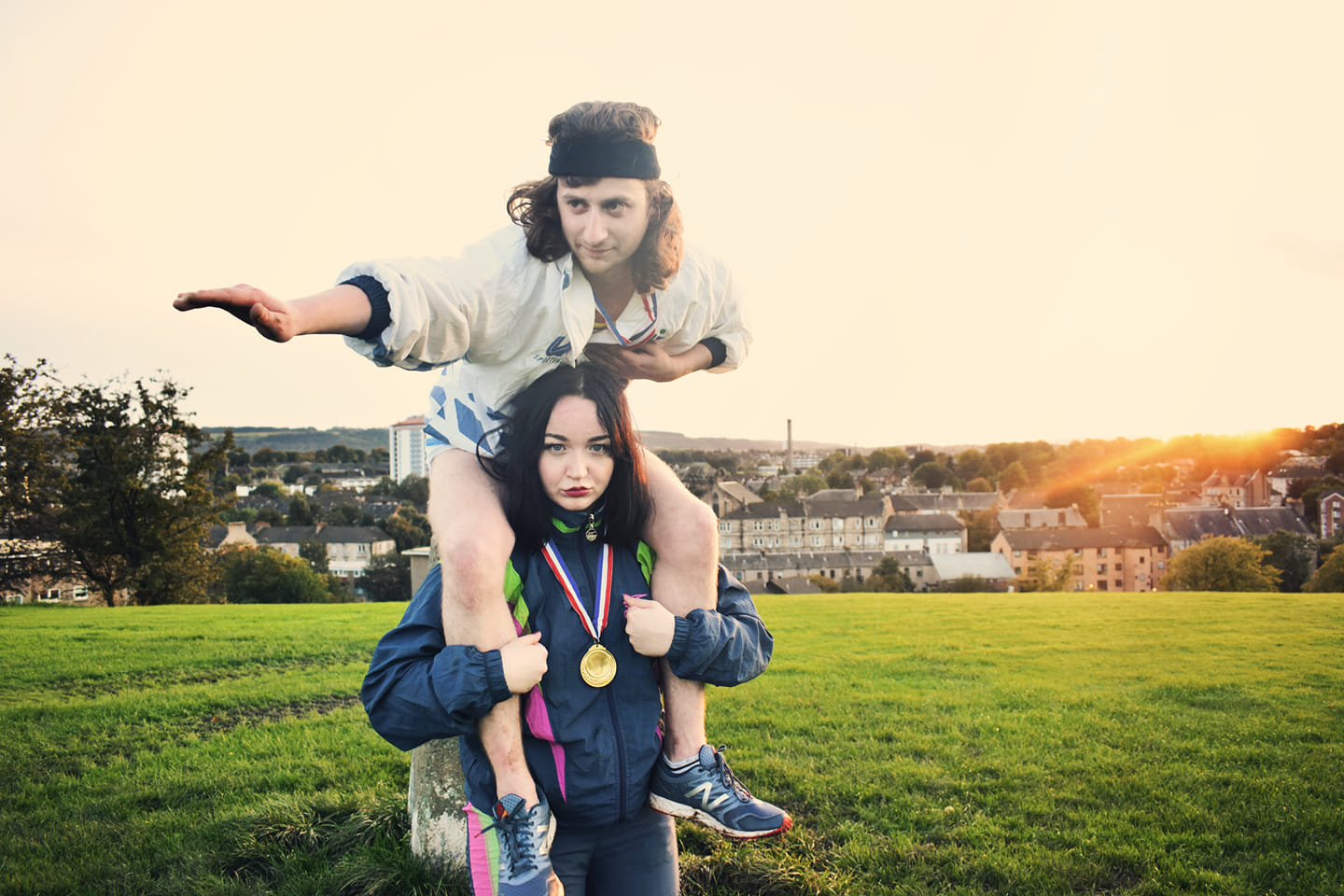 It’s a thread that runs throughout DRIFT’s entire songbook – Andrew’s meticulously crafted soundscapes providing the perfect backdrop to Linzi’s thoughtful ruminations. They may wear their influences on their sleeves – the likes of Air, Daft Punk, Moderat, Metronomy and Sylvan Esso have all been cited as inspirations – but their delicately rendered sound is also intrinsically linked to the songwriting tradition of artists such as Kate Bush. Regina Spektor and Julia Jacklin.

She says “When we first started out we developed songs I had already written on acoustic guitar and used that as a basis to figure out what we wanted DRIFT to sound like. There is always a level of consistency with the arrangement that compliments a vocal narrative. The lyrics are often definitely influenced by the atmosphere created in the production or are highlighted through that. Sometimes we start with a definite lyrical idea but mostly we see what fits naturally around the sounds or how the musical arrangement can add depth to them. Our lyrics are usually about contrasts there’s always a theme of two halves and I think that’s often reflected in the final arrangement too, the contrast of dark atmospheric sounds with bright synthy hooks and playful vocals. It’s fun to hide the emotion in that sometimes.”

“It’s all been very natural to be honest” Linzi says when discussing their songwriting partnership. “We don’t have a specific way of beginning the songwriting process, we’re both open to each others ideas and I think that’s why we love making music together, nobody has to compromise. Andrew will maybe show me a track he’s been working on, I usually fan girl over it and then play around with melody and start to think about the narrative that could compliment it. Sometimes I show Andrew an acoustic song I’ve written and he works his magic and comes back with a full production that really lifts the song. We’ve been enjoying collaborating more on the lyrical content and Andrew has started to showcase his vocals in recent songs we’ve written. We tend to always be on the same wavelength, it makes the writing process relaxed and fun.”

This fluid way of working has allowed the band to push the parameters of their ethereal electro-pop with each release. In the past couple of years we’ve heard ‘Babymaker’, ‘The Edge Of Love’, ‘The Isle Of’ ‘First Place’ and now ‘Lifeline’ with the duo gradually finding that all-important sweet spot between conjuring e a depth of emotion and luring you to a glittering dancefloor.

Andrew notes “It’s definitely changed a little from the start, our first few tracks were pretty experimental. We were just throwing paint at a canvas to see what worked. Now we have a more developed idea about what we like and what works well, our sound is getting closer to that sweet spot, somewhere between dreamy and disco!”

Always keen to explore new creative avenues, DRIFT recently collaborated with fellow Paisley natives The Vegan Leather to release a remix of their 2019 single ‘Edge Of Love’. An irresistibly infectious slice of electro-pop gold, it was a wonderful coming-together of the duo’s atmospheric sound and The Vegan Leather’s unmistakably vibrant art-pop influences. And after receiving acclaim from large parts of the local music scene, it’s something that DRIFT would be keen to explore further.

“Yeah, I’m always up for collaborating!” says Andrew. “It’s great to see a different perspective on tunes we’ve made. I love remixing tracks and it’s been keeping me going while we’ve been locked in and I haven’t been able to have a jam with anyone! I don’t have anyone in particular I’d like to collaborate with but now the VL have done a remix of our track we might have to repay the favour”

Both DRIFT and The Vegan Leather have emerged from a Paisley music scene that has always had a very strong tradition of music and songwriting. Commendably, the town continues to provide a strong support network for its creative artists and this has been a great source of inspiration for Linzi and Andrew.

Linzi says “I think the Paisley music scene is unique in that we have a rich song writing heritage within the town. It feels natural to be writing music and we feel supported to do that. It’s something that is really celebrated in our history and encouraged today and I think that’s pretty unique for a town. There’s not this need to escape to a city to pursue our dreams, we don’t feel like the outsiders if that makes sense. ”

Not isolated from Glasgow yet far enough away to form its own bubbling music scene, there are many contemporary artists who make up this diverse community. “There’s a variety of music across all genres coming out of the town from Jazz to underground techno and even Opera. The scene itself is really supportive. With bands like The Vegan Leather, Ghostbaby, Subtopian Planning board and Jordan Stewart to name a few, we’re really proud to be part of such a diverse and exciting community. Another one of our favourites is Lisaloof who is making waves in the techno scene throughout the Scotland, we collaborated with her on a remix for one of our tracks. It’s cool to be able to do that with other artists from Paisley.”

“There’s lots of opportunities to play locally which is something we’re both really passionate about. We played our first headline gig at local music venue The Bungalow, it’s so encouraging to have a supportive Paisley fan base who turn up to support new bands.”

The town also proved to the perfect setting for Linzi to set up She Sings, a series of songwriting workshops for young women in Renfrewshire. The incredible initiative was designed to tackle the gender gap in the music industry, to inspire a new generation of songwriters and to create a sustainable collective of women who support each other through their music. She says “We feel passionate about giving back to a scene that’s been so supportive to us growing up. That was a big reason for setting up SHE SINGS too. Renfrewshire Council’s Culture,Heritage and Events Fund has supported us to develop on our next releases, so we feel really supported by our town in a real tangible way too. It’s shows a real commitment to encourage us to continue to be creative.”

All of the signs are in place to suggest that DRIFT may be onto something very special indeed. The release of ‘Lifeline’ marks the beginning of an exciting new chapter and we’re on tenterhooks to see what’s coming next.

“We have a few more great singles that will be released soon and of course we’re excited to get back to performing live at some point! We’ve been floating around the idea of doing an album as well so that’s something we need to explore in the near future”

Listen to ‘Lifeline’ below.

TTV TALKS: The Ninth Wave on being SAY Award Longlisted, album number 2 and a hopeful future