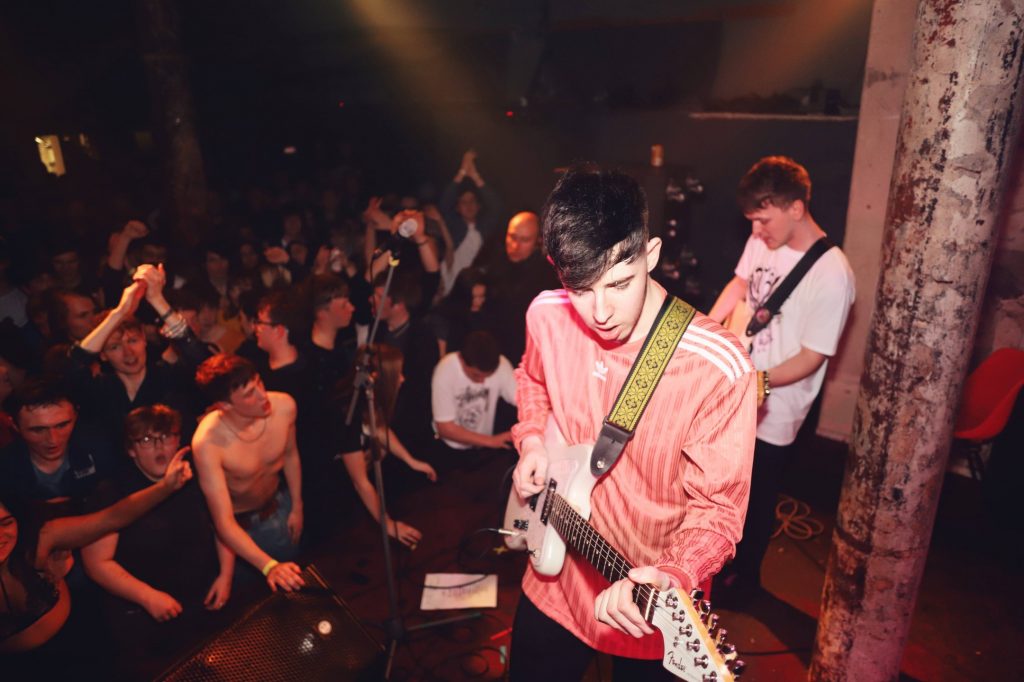 ONE of the first acts to be confirmed for TRNSMT 2019, Tenement TV caught up with indie-punks, The Dunts to chat about what this year means for them. As veterans of our very own TENEMENT TRAIL festival and a band we’ve been supporting for some time now, the band’s TRNSMT announcement has not only stirred excitement among fans, but the band themselves.

“It’s huge for. After spending years going to that and T in the Park, it feels class to be finally be a part of it from the other side!”

No strangers to riotous hometown shows, selling out venues across the city over the last year, The Dunts are primed for another classic show at TRNSMT 2019.

“Mayhem. A home crowd in Glasgow Green in the (hopefully) hot sun is a recipe for chaos.”

Their set is not the only one they are tipping for this year’s TRNSMT.

“DMAs and Fontaines DC are a few that we already knew about before the announcement.”

TRNSMT joins the Dunts’ roster of festivals, a particular favourite type of show of the band, since taking to their first festival stage at Tenement Trail, both as an act and as fans.

“Getting to still have the festival experience outside of playing the set is a huge bonus. We all going to festivals anyway so the fact we get to play and enjoy it is the kind of thing we always wanted when we were younger. It’s hard for us to say anything other than all of the experiences we had at T in the Park. Every time we all went, despite the weather and everything else, it was always a rare time.”

Despite the excitement for a hometown show, The Dunts are also heading stateside later this year for SXSW, looking to capture the ears and adulation of new fans and industry figures alike.

“It almost came out of nowhere for us. It was a big surprise to get the offer through. The idea of playing the states hadn’t really crossed our minds at that point due to the huge costs involved in playing it. However, when an offer like SXSW comes through you do everything you can to make sure you go.”

SXSW is playing host to a number of emerging, Scottish acts this year, all growing from a scene that nourishes new acts, and finds strength in unity and homes throughout the country, with other acts set for a huge year.

“The strength comes completely from how close we all are as friends. The music almost comes second at points, most of the time we’re just happy to be with our mates. As well as that, places like 7 West Studios and the Priory are hubs that allow us to do the kind of things we do. If we tried to list them all we’d be here far too long, but some favourites are, Baby Strange, Voodoos, Heavy Rapids, Vanities, Gallus and Chrystal.”

Tickets for TRNSMT are on-sale from 22nd Feb. Check out the band’s tune ‘Hampden Cabs’ below:

TTV TALKS: BOOTlace chat hopes for 2019 and their latest single, 'The Last Hurrah'