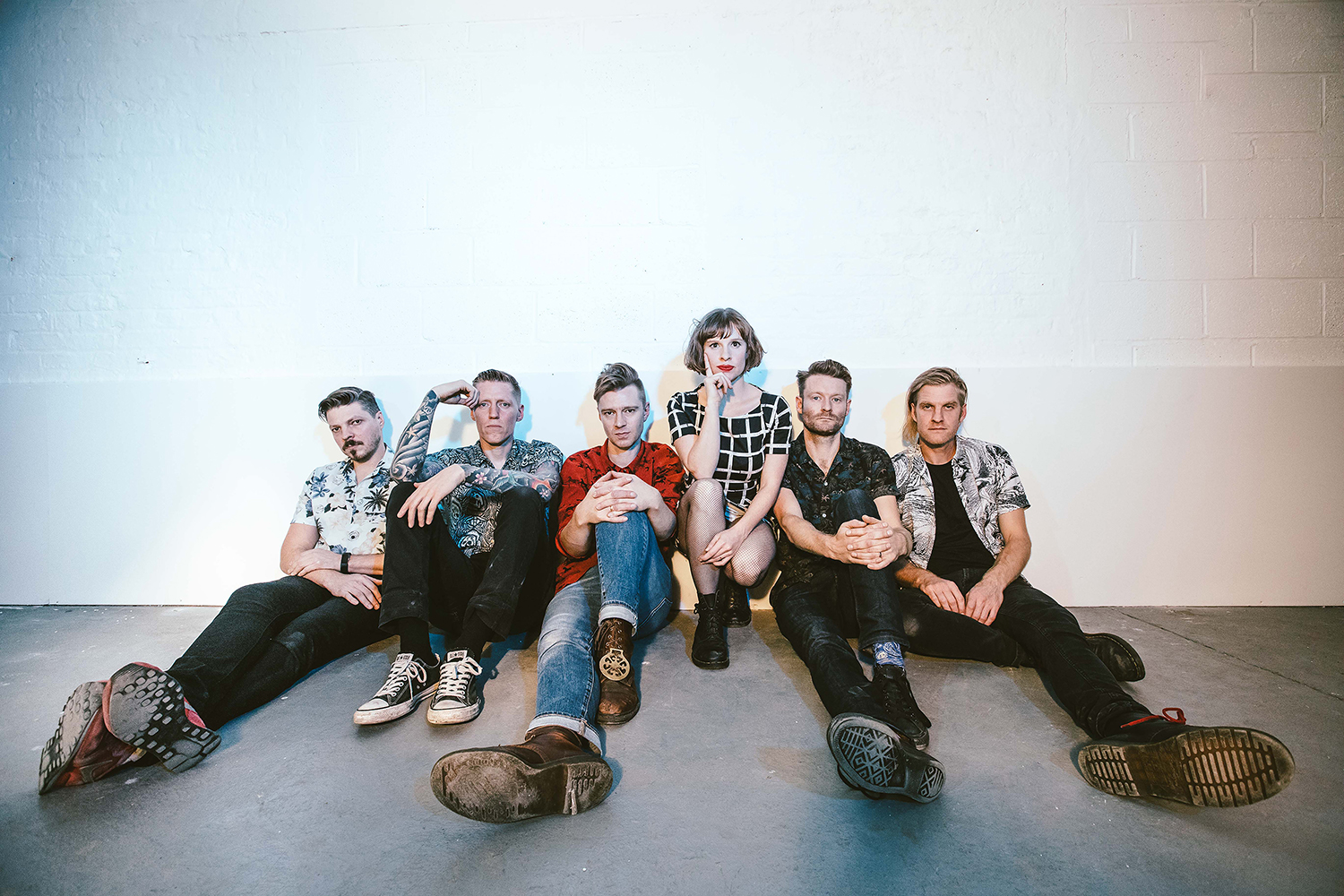 AHEAD of their return to Scotland for 2019’s TRNSMT, Tenement TV caught up with Skinny Lister to chat about their excitement ahead of TRNSMT, favourite festival memories and their first Scottish show.

“Hot and sweaty at Nice N Sleazy’s, Glasgow! The Glasgow crowd are always a rowdy bunch which always makes for a great show!”

For those heading to Glasgow Green this July, Skinny Lister offered an insight into their sound, and who they are looking to catch at this year’s festival.

“Yeah, we come from a folky background but not the earnest singer songwriter folky background, more the pub sing along background, which is probably why we have ended up opening for bands like Flogging Molly, Dropkick Murphys & Frank Turner. That said, we all have pretty eclectic musical tastes so when Daniel presents the band with a song (he generally writes the lyrics & melody), we’re more than happy to experiment with sounds and see what we feel the best treatment for that song is. I guess we’re largely influenced by bands like The Clash, The Pogues, & Blondie but blimey, there’s loads of stuff in there. I think the best way would be to listen to a track off each album. ‘My Distraction’, from our latest release ‘The Story Is…’, ‘Geordie Lad from ‘The Devil, The Heart, & The Fight, ‘Trouble On Oxford Street’ from ‘Down On Deptford Broadway’ & ‘John Kanaka’ from ‘Forge & Flagon’. That will give you a bit of an idea!”

Skinny Lister join Fontaines D.C., Retro Video Club, The Dunts and more on the King Tut’s Stage at TRNSMT, a stage offering an insight into the newest wave of emerging acts.

“Of course it’s really important! Festivals are a great way to introduce new bands to people. I joined the band to get into festivals for free. We used to just turn up with our instruments and start playing anywhere and everywhere. From that we picked up a bit of a following and things really went from there. As a festival goer, I never go with a programme or schedule in mind as I think its better to just see what catches your eye. I stumbled across Future Islands at a festival in Germany and was blown away. I’d never heard of them before but wow, their show was incredible!”

Earlier this year, Skinny Lister released ‘The Story Is’, an album met with immense critical acclaim.

“Yeah great! Reviews have all been good and best of all it’s been amazing to see fans singing along to the new tracks from the off. We’ve toured all over the UK, Europe and America with the new album already and to see so many people really going for it has been great. We’ve also had a few ‘interesting’ conversations with our American friends over the track ‘Second Amendment’ which we’re due to release at the end of the summer.”

Skinny Lister are no strangers to festivals, and shared their favourite festival memories with Tenement TV.

“As a fan we had a great time doing a treasure hunt for the ingredients for a Mojito at Secret Garden Party. It’s a bit too difficult to tell the story as it happened as we were heading back to our tent late one night or should I say early one morning, when we got caught up in this massive activity where we essentially had to tie a helium balloon around our wrists, escape zombie attack, witches and all sorts of other madness. As long as the balloon stayed in tact, you were still in the game for a Mojito. I failed at the first hurdle but someone in the team was ruthless enough to get to the end and kind enough to share their drink!

As a band, it had to be playing in front of 5000 at Japan’s prestigious Fuji Rock Festival. The mountain in the background was insane, it was pouring with rain, we had no idea if anyone would be there and as we stepped out on stage there were 5000 strong all ready and waiting. Incredible.”

TTV TALKS: Mist on TRNSMT, his Birmingham roots and the UK rap scene