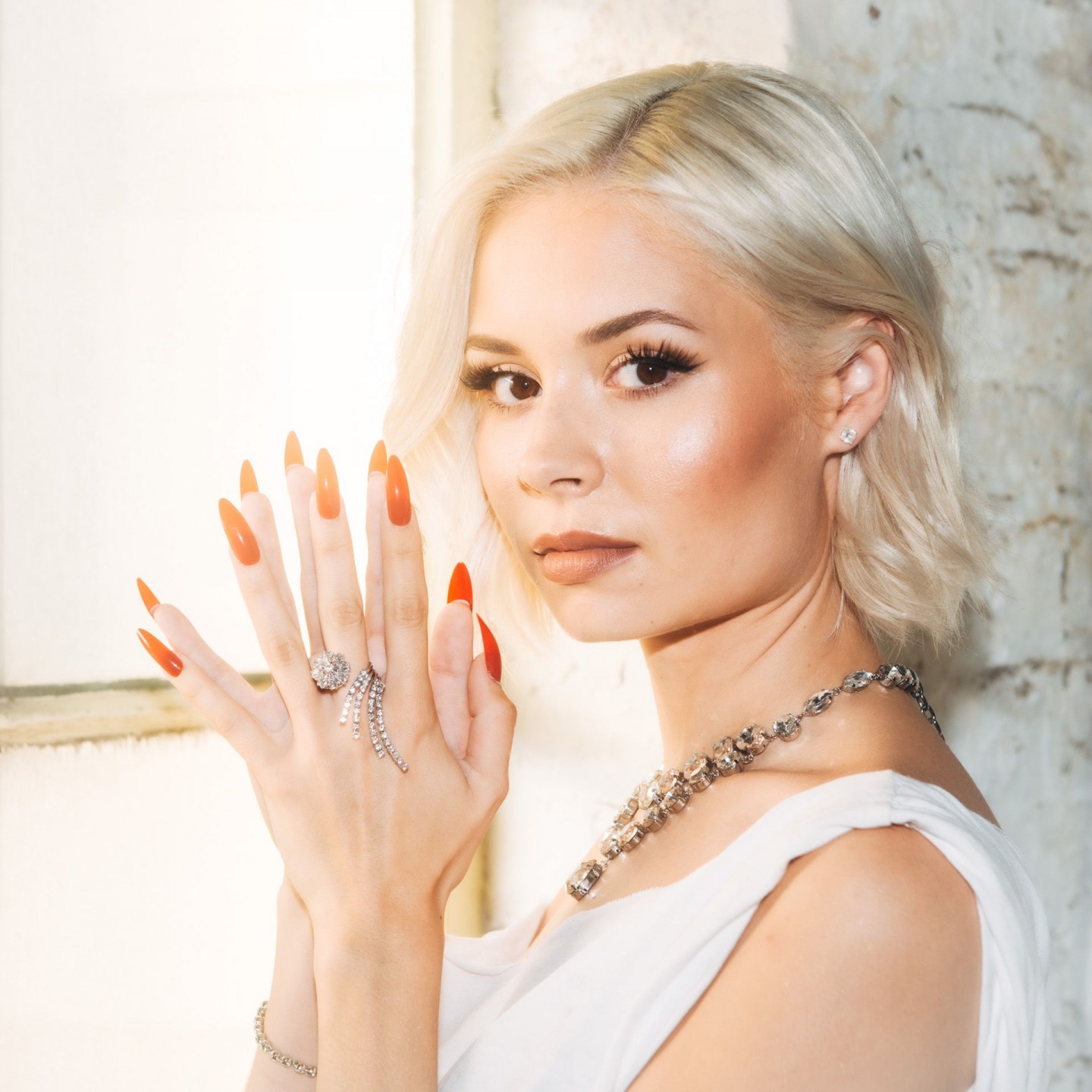 THIS weekend, the Specsavers Scottish Music Awards, presented by music therapy charity Nordoff Robbins and Specsavers, will take place at the Barrowland Ballroom. Hosted by Edith Bowman, the event will celebrate some of the nation’s biggest international stars and best up and coming talent.

With all funds raised on the night going to Nordoff Robbins and the vital work they do in music therapy, those in attendance will also be treated to performances from Nina Nesbitt, Nathan Evans and The Fratellis.

Ahead of the event on Saturday night, we caught up with Nina Nesbitt – who also happens to be up for the coveted Women In Music award.

“It’s so exciting!” she says. “I feel honoured to be nominated among such great artists and to be recognised in my home country. It’ll also be my first time playing live with a band since 2019!”

Nesbitt recognises the significance of the award, having drawn inspiration from a number of women in the industry throughout her career. She reveals some of her biggest influences: “There’s so many, but growing up I loved Dolly Parton, Taylor Swift & Alanis Morissette. They’re probably my 3 biggest inspirations. KT Tunstall is my favourite Scottish female artist and touring with her was one of my favourite tours I’ve been on.”

Unique in that its main focus is on homegrown talent, the ceremony has become a regular fixture on the Scottish music calendar – giving the industry a chance to celebrate all that is good about the nation’s music scene while also raising money for an important cause. She says “I think they’re really important because it’s a completely different audience. The U.K. charts and award ceremonies don’t always necessarily represent Scotland so I think it’s great we have our own awards. There’s so much Scottish talent, it’s great that it can be recognised at events like this.”

As for her own plans, Nina is currently working on the follow-up to her critically acclaimed 2019 album ‘The Sun Will Come Up, The Seasons Will Change’. However, she doesn’t want to give too much away: “There’ll be lots of new music coming next year! I’m busy working on an album at the moment. More shall be revealed soon…”

‘The Sun Will Come Up, The Seasons Will Change’ marked a significant step forward Nesbitt and more importantly, was an inspired comeback following a tumultuous few years in the industry. A far cry from the Scottish folk-pop/rock that first established her popularity, it was a personal, poignant and at times confessional album that showcased a new-learnt wisdom, both in her lyrical reflections and in her approach to production. Embracing a distinctly modern pop sound with some 90s R&B influences, it was a self-assured collection that suggested the singer-songwriter had found her lane and was flourishing in it.

This was followed up this year by sun-kissed pop anthem ‘Summer Fling’ and the pulsing, dancefloor-ready ‘Life’s A Bitch’ – two tracks which reinforced this growing confidence. Mixing her alt-pop modernity with some nostalgic, throwback synth-pop, they perhaps indicate the direction of her upcoming material.

When talking about the new record, she says “I think it’s just been a natural progression. The new music won’t be a million miles away from the last record. I think I’ve found my style and what works for me. I think with the rise of streaming etc it gives artists more space to experiment and make the music they want to make, instead of aiming to fit in a box for radio.”

After taking the time to experiment and find a style that works for her, it’s no surprise that Nina has carved out a reputation as a very accomplished songwriter. Having worked with and written for a variety of artists such as Jessie Ware, Olivia Holt, The Shires and more, she believes that the art of collaboration has had a profound impact on her own songwriting skills.

She says “I love working with other artists! Songwriting is probably my favourite thing about getting to do music as a job. I think you can always learn something new from each person you work with and it’s always interesting to see how they do it. You can take little parts and be inspired by it.” What is her favourite part of the whole songwriting process though? “My favourite part is that one song can change your life and you never know when you’re going to write it! Whether it be a song that becomes your most successful one or a song that gets cut by another artist, you never know before you start writing it. It’s a really exciting process and when it all comes together it’s really rewarding.”

With a plethora of excellent pop songs already under her belt, we’re interested to know what she thinks makes the perfect pop song: “I think you can have a great pop song with a great melody but what makes it a perfect song is when the melody and lyrics are both 10/10. I guess it’s so subjective but the lyrics are always important to me.It was eight years ago that she first shared her debut album ‘Peroxide’ and a lot has happened then – with many ups and downs along the way. She says “It is very up and down but it’s never boring! I think you have to truly believe in what you’re doing for it be worth it when things are difficult. I try and make the most of the times when things are going great and use the lows to inspire me and push me to become better at what I do.”

Brimming with ambition and optimism for the year ahead, we can’t help but feel that Nina Nesbitt has an arsenal of pop bangers up her sleeve. She signs off: “I’ll be finishing my album and announcing some tours and festivals! I can’t wait to get back out there and see everyone”