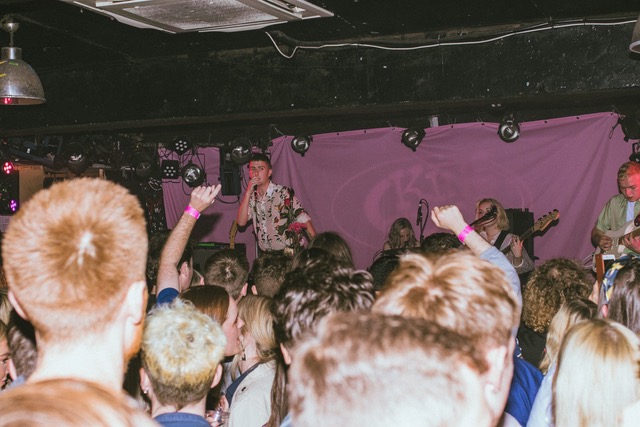 CLOSING off another incredible summer of live Scottish music at King Tut’s Summer Nights, Glasgow’s own Joesef played two sold-out shows to an army of balaclava-clad fans with his stunning, laid back hip-hop infused soulful pop.

Saturday’s support came from two TENEMENT TRAIL 2019 acts, in Cara Rose and Magnum Haus. Cara Rose’s soulful solo performance filled the iconic venue with an incredible flurry of piano-based pop tunes, which in such a stripped-back and intimate setting further highlighted her stunning and striking songwriting. Having just played their first show last week, which incidentally also sold out, Dundee’s Magnum Haus are perhaps one of the most exciting bands in Scotland right now. The indie-disco ensemble’s foundation comes in the form of members of indie-rock outfit Model Aeroplanes, how have traded their guitar-fulled sound for synth-pop, dance-prompting perfection. With punchy percussion, swooning synths and high, disc0-style vocals, the band’s sound is an interesting combination that is both totally unique and interesting, but does not stray too far away from the core principles of indie-disco.

As the stage darkened, the anticipation around the night’s headliner grew, as Joesef took to the stage. Despite feeling almost enigma-like prior to this show, with his name dotted on posters around his native Glasgow, the immediate connection to the packed-out crowd could not have felt more personal or real. An instant singalong took over King Tut’s, with fans screaming every word the East End singer uttered back at him in a wave of pure admiration. As the set continued to roll on, the showmanship and quality did not waver, but intensified as the singer weaved his soulful sound and presence through every tune they played. A crowning moment of the set, and of Summer Nights 2019, came as Joesef entered his final tune, ‘Limbo’. It was this debut track that captured the imagination of fans across the world, racking up over 1.3 million plays on Spotify alone, and as such the singalong that ensued could not be rivalled. As the band left stage, leaving the singer solo on stage, the crowd continued to scream the chorus of the track in a cappella fashion, which visibly moved Joesef in a moment of shared experience and love for his music.

The S.L.P at SWG3 Glasgow