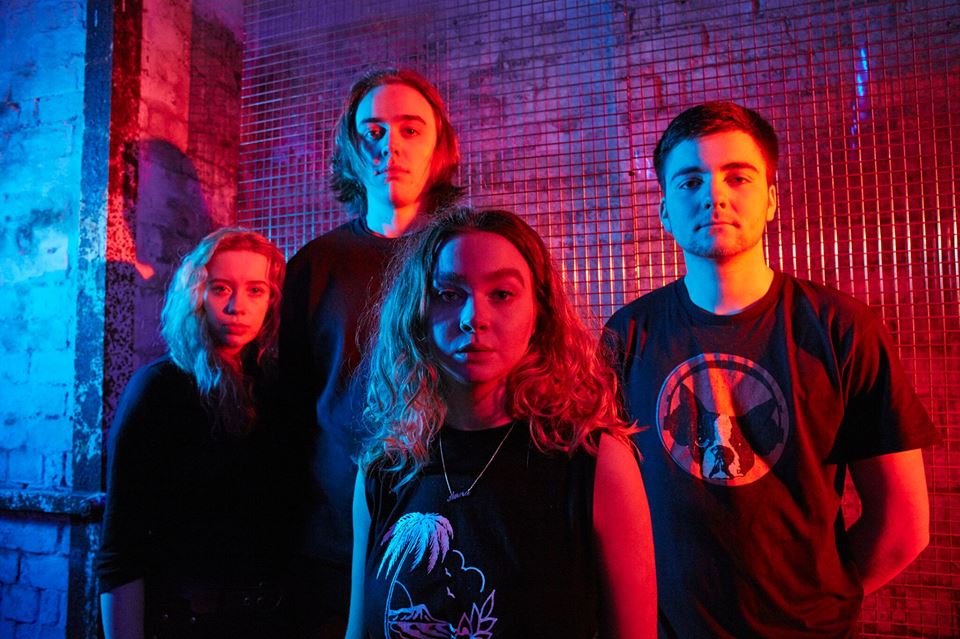 ARMED with renewed focus and an unassailable drive, 2018 saw Glasgow four-piece CRYSTAL thrust to the forefront of Scotland’s music scene thanks to a string of memorable festival appearances and incendiary live shows. Turning heads wherever they went with their raw grungy sound, hook-laden choruses and infectious charisma, it is perhaps no surprise that the band have been tipped by fans and tastemakers alike to go onto even greater success in 2019.

It feels appropriate then that they have chosen to unleash their biggest statement to date to coincide with the arrival of the new year; a time synonymous with fresh starts and new beginnings. A track we’re delighted to premiere here on TENEMENT TV and one that will be familiar to those that have seen them wreak havoc in the live setting, ‘Sex Rich’ is a fiercely direct, explosive thrill ride; a vital indication that CRYSTAL are back with all the tools and inspiration required to build on their prosperous 2018 and take things up a gear.

Driven by taut rhythms and a menacing, grungy bassline, it’s the heaviest we’ve ever heard the quartet and they revel in it. Recorded in-between guitarist Blair Crichton’s home studio and 45 A-side with Paul MacInally, the band rail against those who “desire to be sought after and influential, but can be quite naive in their perspective of the world”. Anna Shields is captivating from start to finish, channelling Wolf Alice’s Ellie Rowsell as she effortlessly shifts from the dark moody verses to the explosive choruses with fire and menace; ready to incite mayhem with her mosh-pit baiting chants and sneering cackle. With its heavy riffs, overdriven fuzz and searing guitar solo, everything comes to a head with a dramatic finale; one that confirms CRYSTAL are a band not to be messed with.

Raw with fiery energy and fierce ambition yet addictive to its core, it’s a combination that has served Rowsell’s own outfit well on their path to mainstream success, and we can’t help but think that CRYSTAL have laid down a pretty strong statement of intent for the year ahead. Discussing their ambitions for the coming months, they say: “We have a lot of music to come out in 2019 so I think we’re going to do a bunch of single releases throughout the year. We’re looking to play more gigs out of Glasgow and Scotland aswell.”

The four-piece play King Tut’s New Year Revolution on Saturday 19th January alongside Walt Disco, Bubbatree and Chuchoter. The gig will be followed by a special afterparty hosted by TENEMENT TV. Get tickets here.