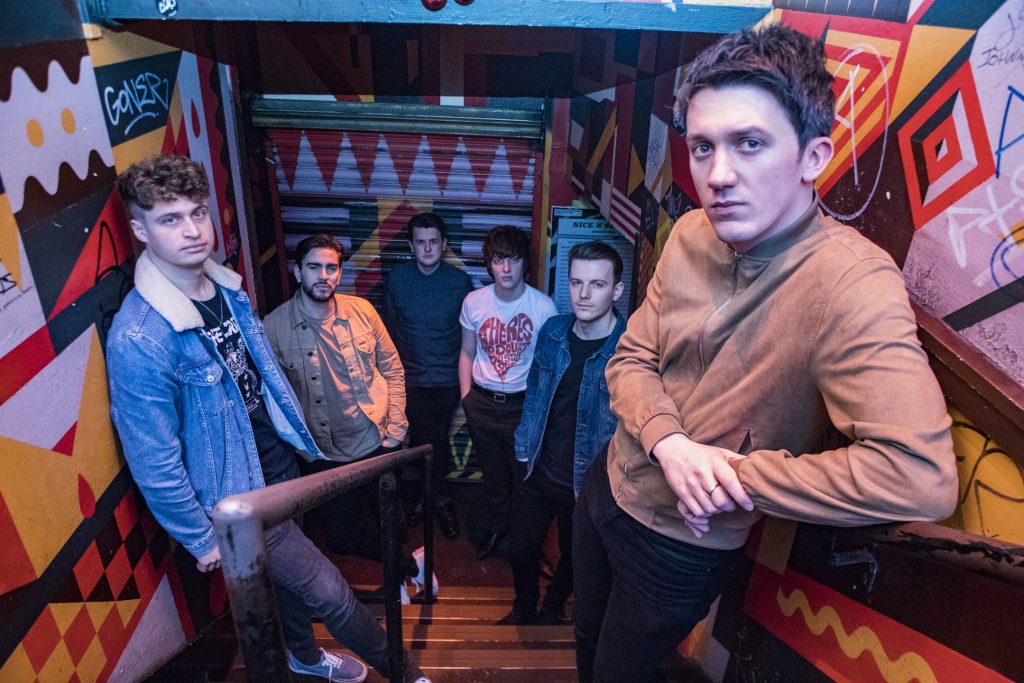 GLASGOW’s Slouch have returned, kicking off their 2019 in incredible fashion with their latest single, ‘In Your Mind’. With a rousing chorus and intricately-layered instrumentation, this track shows the band demonstrate a new degree of creativity.

“The writing process starts with an idea or riff and is built up in the studio. Burnett will then add melody and ideas and lyrics. We then started playing the track live at the end of last year. It went down well and from there we worked out extra parts and finalised the arrangement. For the recording process we went down to St Helens for a weekend and recorded with Ady and Less from production duo Sugar House at Catalyst Studios. They were really great and made a huge difference to the single.”

Blending indie swagger and electronic instrumentation, ‘In You Mind’ is the sound of a band that strives to diversify, by picking influences from across their playlists and the decades.

“I think the advantage of the way we write music is the broad range of influences we all bring. We’re big Strokes fans and I think that comes across in our approach to the rhythm section and guitars, trying to bring energy to the track. I think the way new music uses guitars and synths together is a big influence as well, in the way bands like New Order and The Cure do. We try to use both instruments to make our songs dynamic and exciting; sometimes doubling lead parts, sometimes playing counterpoint melodies. I think the arrangements and pop sensibilities of 60s and Britpop bands is also quite a prominent influence.”

Slouch have formed out a thriving Scottish music scene, something the boys are proud to have found their place in.

“I think the quality of the bands is the main reason it’s thriving right now, there’s so many amazing acts. The resurgence of the local punk scene is obviously a huge deal right now, and in general the country is full of indie/alternative acts who are just writing and releasing the music they want to make and on their own terms and that’s why it’s so exciting. We definitely think the music we’re making has it’s own place within the scene as a whole, and we feel proud to be a Scottish bands.”

The dance-friendly indie power of ‘In Your Mind’ marks the beginning of a pivotal year in the bands career, as their focus drifts over the border.

“We’re playing King Tut’s on Friday 1st of March which we’re really looking forward. We’ll have another Glasgow live announcement after that for the start of summer which we’re really excited about! We’ve also got a few things lined up outside of Scotland for the first time which is exciting, and hopefully we can take our gigs further afield in Scotland as well and play some different places. We also plan to have a follow-up single recorded and released in the summer sometime.”

‘In your Mind’ demonstrates a level of ambition and creativity that seemingly flows through everything that Slouch do, and sets their 2019 off in a rousing fashion.

The single is available on Spotify now.