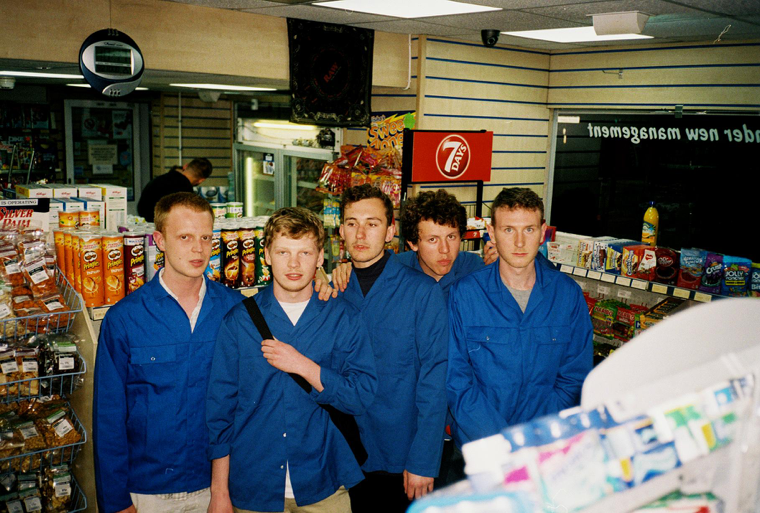 WITH a string of impressive releases behind them, Squid have solidified their reputation as one the UK’s most fascinating and unpredictable indie outfits. Set to bring their brilliantly oddball creations to Glasgow later this year when they play our very own festival Tenement Trail, the band release an EP next week called ‘Town Centre’ and have given us another tantalising teaser of what’s to come.

After the sprawling, shape-shifter that was ‘The Cleaner’, the band have followed it up with an equally exquisite offering called ‘Match Bet’. Opening with a tight finger-picked melody, the track lulls the listener into a false sense of security as playful speak-sing vocals are thrown into the mix. Things then take a turn as the instrumentation erupts with a swirl of bass and chugging percussion. It’s another wildly innovative slice of post-punk that has us eagerly anticipating their set at Tenement Trail.

Ollie Judge, drummer and lead vocalist said of the song: ““Match Bet” revolves around a character that lives within the same universe as “The Cleaner.” The song is told from the perspective of a Sonic Youth super fan living with mental illness, who was a regular at a shop I used to work in. His harmless demeanor and manic, long conversations about gambling, his relationship with Her Majesty The Queen, and love for Sonic Youth were extremely helpful for me in that period of my life. I found it interesting how his manic-ness opened me up a bit in a time where I could have quite easily just blended into the paintwork and kept quiet.

Get your Tenement Trail tickets here.