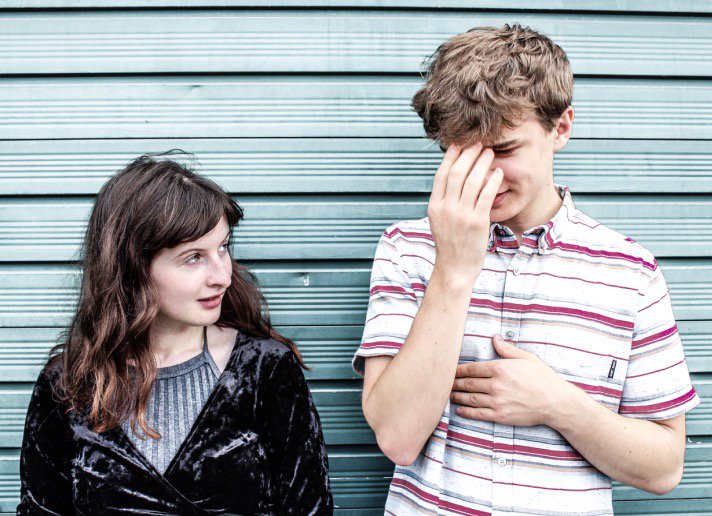 AHEAD of their performance at King Tut’s on Thursday (23rd March) as part of the highly anticipated BBC 6 Musical Festival, Dundee duo ST.MARTiiNS have unveiled a brand new track and accompanying visual titled ‘about u’.

Building on the promising foundations put in place by their highly infectious debut single ‘bad art’ last year, their latest offering is another beautifully crafted piece of alt-pop which is disarming and invigorating in equal measure. Beginning with a flourish of sun-kissed melodies and syncopated beats, the track develops into something far bigger with a thrash of guitars and burst of drums on the chorus; the restless composition evoking a sense of uncertainty and fragility. It is the mesmerising lead vocal that stands out once again however; utterly magnetising in its delivery, the contrast between loud instrumentation and soft vocal lends an emotional depth and fluidity to their material that is highly inventive and distinctive.

The accompanying visual, shot by Cameron Brisbane and edited by Gavin Craigie, captures the DIY aesthetic of the band with its home-video style footage and scratchy outtakes.

Tipped for an exciting 2017 ahead, the duo will also headline King Tut’s on 30th June with tickets available here. You can check out the new video below.