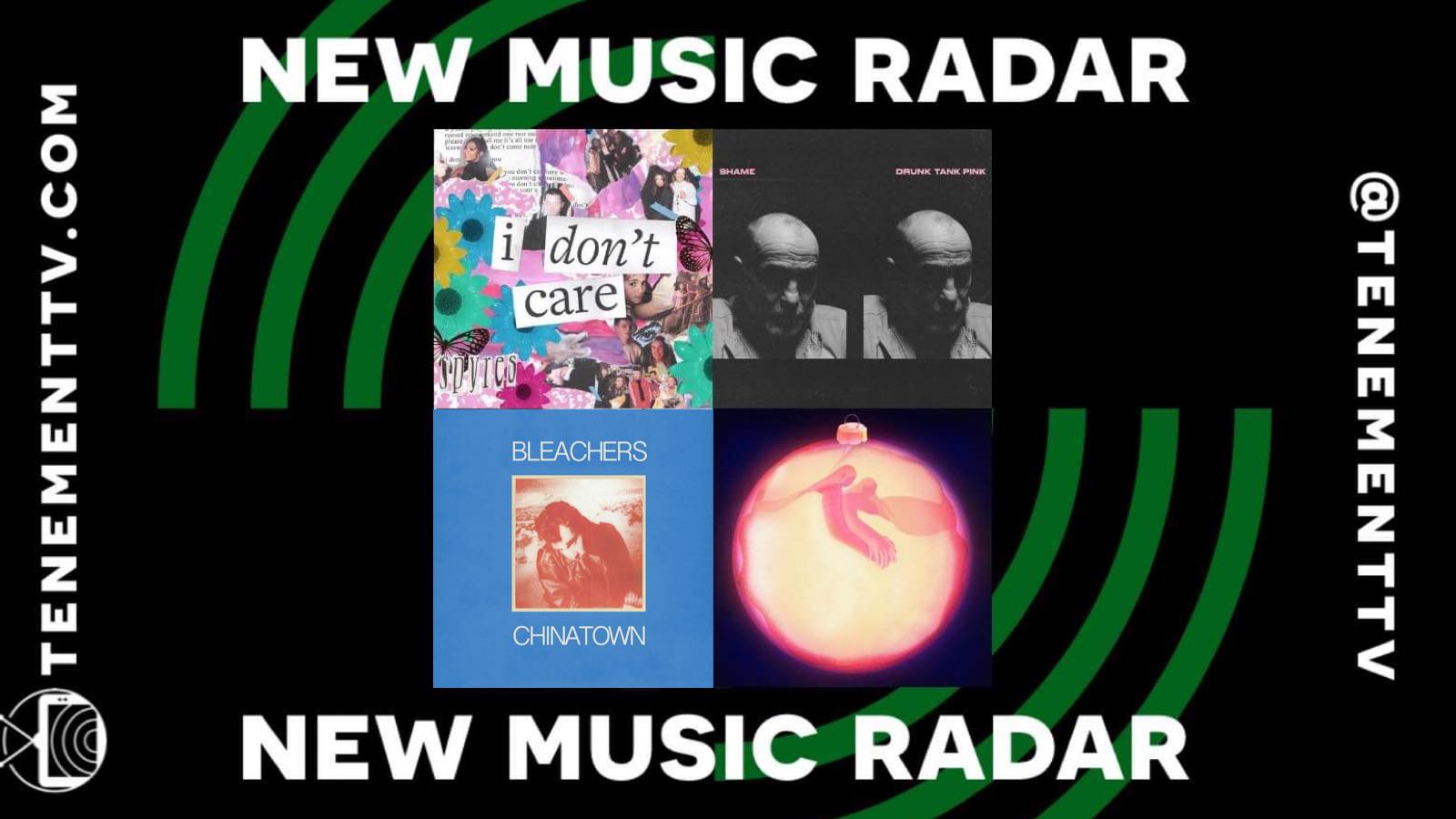 OUR top tracks of the week include Spyres, MEMES, Rachel Jack, Shame, Biig Piig and more. Check them our below as well as out New Music Radar playlist.

Spyres had a lightening start to their career last year, instantly catching the attention of Radio 1 with their first two singles ‘Otherside’ and ‘Fake ID’ before signing on with massive UK and US touring agents after only a few gigs. The pandemic may have put many of their plans on pause but it did give them time to retreat into their craft and build on the strong foundations they had laid down in a remarkably short period of time. ‘I Don’t Care’ is the first new song to be heard from those productive summer writing sessions. Marking only their third official release, it’s another stellar track to come from 7 West Studios under the stewardship of Chris Marshall and Johnny Madden and finds the band treading exciting new ground. Fully embracing their pop sensibilities, the instrumental feels brighter than previous offerings as they channel coming-of-age themes into soaring pop choruses and guitar-driven melodies. Much like ‘Otherside’ and ‘Fake ID’, it’s instantly addictive and demands repeat listens. “It feels like a pure coming of age song, like it could be in a movie” says vocalist/guitarist Keira McGuire as they rejoice in the serene power of freeing themselves of toxicity.

Shame ‘Water in the Well’

Shame have returned with news of their second album ‘Drunk Tank Pink’. Touted as a big stylistic leap for the post-punk outfit, the James Ford-produced album is said to be bigger, bolder and more adventurous than their debut with influences ranging from Talking Heads, Nigerian High Life, ESG, and Talk Talk. Having already heard the album’s opening track ‘Alphabet’ back in September, the band have shared ‘Water In The Well’; an anthemic cut with punchy choruses and duelling guitar parts. Very different from the riotous post-punk we heard on ‘Songs of Praise’, it’s a track that takes many left-turns but keeps us gripped throughout.

It’s been over a year since Russell Stewart unveiled his hugely popular debut single ‘Midsummer’ – a warm and instantly likeable summer bop that did incredibly well across numerous Spotify playlists. The Glasgow-based singer-songwriter is now back and re-launching himself with the funky ‘Citrus’. Stewart teams up with Roan Ballantine and Stuart Ramage of VanIves on the track (both are credited as producers) and predictably, their inventive touch brings out a whole new side to the singer-songwriter’s talents. With the kind of malleable tone that lends itself to warm jazzy, soulful arrangements, Stewart’s silky smooth delivery complements their production brilliantly. Drawing from Innervisions-era Stevie Wonder with its rich use of synthesisers and funky drum loops,  he says “it is a song of self-acceptance. It’s about letting go of doubts and inhibitions and finding your zest for life.”

It has been a big week for Scottish post-punk duo MEMES who were featured on a highly sought-after Pitchfork playlist and given a spin on the legendary KEXP station over in the US. Today, they unveil their debut EP and it’s an invigorating experiment in punk-driven chaos that hurtles through five tracks in just over 11 minutes. We recently heard  ‘So What’ and ‘Oll Korrect’, both short, gnarly, powerful blasts of minimal post-punk while new track ‘Perfect Storm’ shows a more reflective side to the duo. They also throw in their 2019 single ‘J.O.B.S’ and lockdown anthem ‘Cheer Up’; a motorik extravaganza for MEMES given its comparatively lengthy four minute run-time. With their acerbic wit and appreciation for oppositional tones, it’s a fast, furious and thrillingly eccentric opening statement from the Scottish outfit.

Rachel Jack ‘For You’

Just four months after the release of her debut EP, Aberdeen-based singer-songwriter Rachel Jack has undergone a massive transformation, trading in the intimate acoustic folk of ‘The Calgary Tapes’ for the shimmering world of electro-pop. Jack’s new EP ‘Magazine Girls’, which is set to arrive in the near future, is a more collaborative effort than her debut as it sees her team up with  award-winning producer and former classmate DUNT (producer of Stanley Odd, SHEARS, Solareye). DUNT injects heaps of energy into Jack’s her songwriting, adding a vibrant pop sheen to her deeply personal musings on love, friendship and self-belief. New single ‘For You’ displays this new sound perfectly. Written on reflection during a period of illness, where there was a possibility she wouldn’t sing again, it’s a tribute to her friends / family, mentors who helped her through a difficult time. All throbbing synth lines and euphoric chorus, it’s a fun and dynamic return.

Currently racking up thousands of views on their highly impressive video for ‘Gloaming’, Paisley art-pop outfit The Vegan Leather keep the content coming with a fresh mix of the track courtesy of Dundee’s BETA WAVES. Harry Crossan retains the mystic nature of the original but goes even deeper, transforming the track into a hypnotic piece of trance.

Like many of us at the moment, Biig Piig is dreaming of a big night out on her new track ‘Feels Right’. Adding to a string of fantastic singles that she’s released throughout 2020, the Cork-born artist continues to display her insatiable versatility; this time delivering a low-key banger that’s full of neo-soul textures and funky rhythms. It’s all about yearning for the dancefloor and that communal feeling of letting go.

Matilda Cole makes her tender debut with a gorgeous ode to friendship on ‘The Clouds’. At the age of 18, music has always been a constant for Cole whose deeply personal writing focuses on friends, family, loves and losses. ‘The Clouds’ is a dazzling debut single that pairs her intuitive lyrics and clear vocals with hazy, dreamy melodies. With a sound that will appeal to fans of Clairo, Matilda Cole is already a strong contender as a rising star for 2021.

Rising Philadelphia rapper Tierra Whack has yet to follow up her incredible 2018 debut album ‘Whack World’ but she’s been generous with standalone singles in recent months. This week saw her drop two new tracks in ‘Peppers and Onions’ and ‘feel good’ which highlight the breadth of her creativity. Showcasing vastly different sides to her personality on each, the former is full of high energy and playful beats with her versatile vocal performance matched only by its colourful production.

“Towards the end of last year, we honestly could not even begin to imagine coming back and were seriously questioning our future as a band,” The Cribs revealed in a message to their fans back in August. After finding themselves in a self-described “legal morass” in the wake of their 2017 album ’24/7 Rock Star Shit’, the band took an enforced, and very out of character, prolonged leave of absence. It was then Dave Grohl who stepped in and offered them a route out of the quagmire with time in his studio in LA. Suffice to say, it was the escape the Wakefield trio needed and now they’re back with their eighth studio album ‘Night Network’. Already being lauded as their best work in a decade, The Cribs are a band revitalised on the record. Absolutely bursting with sublime indie-rock, it sees them tap into their core sound and values once again and emerge victorious.

girl in red ‘two queens in a king sized bed’

Norwegian pop star girl in red taps into the Christmas spirit on her new track ‘two queens in a king sized bed’. Following the same love story as we heard in ‘october’, it’s a lovely, wistful number that wouldn’t sound out of place next to your Dean Martin and Sinatra Christmas classics. girl in red says the song is about “reminiscing about a christmas i had with a person i love. when laying in bed glued to their body didn’t feel close enough. when we wanted every second to last forever.”

Smoothboi Ezra ‘My Own Person’

Irish singer-songwriter Smoothboi Ezra describes their songwriting process as a bit of a “brain dump” yet it continues to produce remarkable results. Their latest song ‘My Own Person’ is a really lovely dose of introspective bedroom pop that started taking shape around the age of 16. With an ability to tackle really difficult subjects in a distinctly warm and relatable way, it’s about self-discovery and about “being happy but not being able to do anything about it.”.

Dry Cleaning are back with their first new song of 2020, a song which also marks their debut with new label ‘4AD’. ‘Scratchcard Lanyward’ is full of that deadpan wordplay and wired tension that Dry Cleaning have always excelled in, band leader Florence Shaw delivering a scattered and disaffected stream of consciousness lyric about bouncy balls, knitting circles and women in aviators firing bazookas. Centred around the idea of finding escapism in small thing, it always comes back to the same central refrain ‘Do everything, feel nothing”.

The worlds of jazz and grime collide on this exciting new collab between Ezra Collective,  JME and Swindle. Originally appearing as an instrumental track on their 2019 debut album ‘You Can’t Steal My Joy’, the London jazz outfit rework the track into a stellar, genre-defying blast of energy.

Jack Antonoff may be more well-known for his producing work these days, lending his hand to albums by Taylor Swift, Lana Del Rey and FKA Twigs in recent years, but he’s back with new music from his own project for the first time since 2017. ‘Chinatown’ is a rousing return from Bleachers which features none other than fellow New Jersey resident Bruce Springsteen. Steeped in glorious anthemics and spirited vocals, it pulls straight from the Springsteen handbook while bridging the generation gap between the two Jersey musicians.

Check out our New Music Radar playlist below which is updated on a weekly basis.

Shame 'Water In The Well'