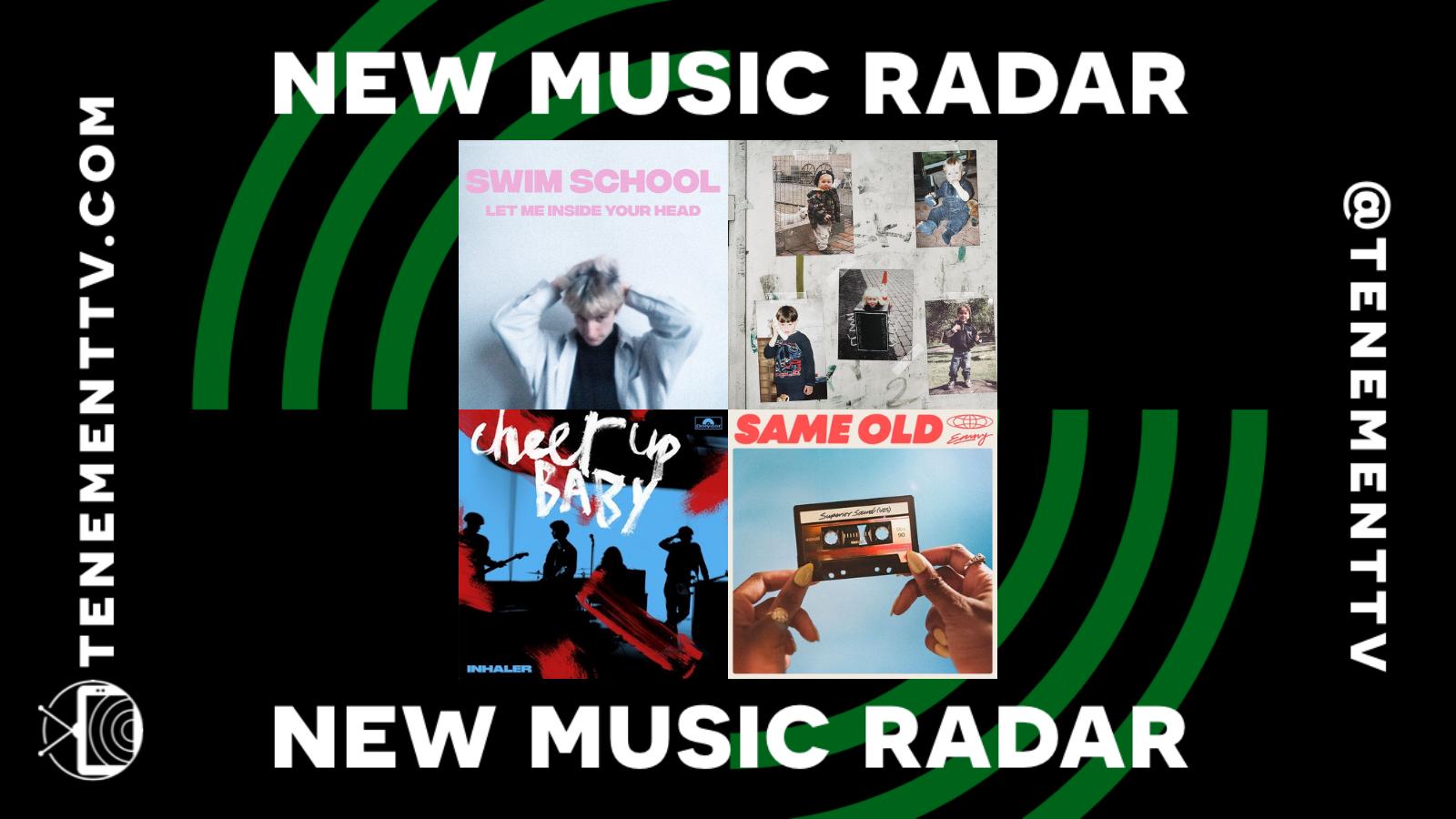 THE sun made a welcome return this week, and with it came a handful of new tunes from some of our favourite up and coming artists. This week’s edition of New Music Radar features swim school, happydaze, Franky’s Evil Party, Sorry, ENNY and more.

swim school ‘Let Me Inside Your Head’

Over a year on from their last release, Edinburgh’s swim school have emerged from lockdown a different force entirely. With new drummer Billy McMahon on board, new single ‘Let Me Inside Your Head’ marks a significant shift as they explore a more muscular, angsty sound; one drowned in distortion and incisive lyrics. An acute observation on mental health, it’s a dark, grungy number that takes the band into an exciting new creative dimension.

Those with a penchant for impassioned alt-rock will enjoy new Edinburgh band happydaze. Rising from the ashes of former Scottish outfit Woes, they’ve already gained praise from the likes of Yungblud and Neck Deep for their modern take on emo-rock. Blending hip-hop elements with impassioned vocals and crushing, guitar-driven choruses, ‘Bad Taste’ marks the band’s fourth single release.

Franky’s Evil Party have returned with their first piece of new music since 2019 with the joyous track ‘ONE BIG FAMILY’. Marrying the often conflicting elements of dark atmosphere and dance-ability, this sleazy disco sound has become a defining element of Franky’s Evil Party. Coming back from a period of exile, the experimental outfit have opened their 2021 account in incredible fashion.

About a year after the release of their devilish and widely acclaimed debut album ‘925’, Sorry are back and continuing down a hazy path of experimentation with the release of a new dual single ‘Cigarette Packet’ and ‘Separate’. Leaning into a more electronic-driven sound, the first is a sleek synth-heavy number built around clanging percussion and Asha Lorenz’ detached delivery. Lyrically and sonically claustrophobic, it’s a panic-inducing flurry of sound that builds and builds in intensity.

After ending 2020 on a high with ‘Peng Black Girls’, ENNY is building up to the release of a debut EP and new offering ‘Same Old’ is lighting the way.Marrying a soulful R&B sound to her hard-hitting verses, ENNY is as incisive as ever, taking aim at gentrification, Brexit, the monotonous and petty irritations of daily life. Without ever surrendering to the darkness though, it’s ultimately about moving forward and getting beyond those obstacles. It’s an absolutely essential listen.

Exploring the emptiness of commuter life and “unfulfilling white collar work”, Home Counties deliver their message through a fast-paced mover and shaker that blends post-punk rhythms with groovy funk. Embellished with vibrant synth spasms and a delirious dancefloor climax,’White Shirt/Clean Shirt’ is another fun and inventive outing from the hotly-tipped outfit.

Along with revealing that their debut album ‘It Won’t Always Be Like This’ will be released 16 July, Inhaler have shared a new dynamic anthem called ‘Cheer Up Baby’. With Elijah Hewson’s emotive vocals front and centre over layered guitars and strong drums, it’s a perfect encapsulation of all that the Irish outfit do best.

The brainchild of Northern Ireland native Lauren Hannan, Yinyang has proven she’s a force to be reckoned with the release of snarling new single ‘Bloodhound/Earthbound’. A haunting concoction of hip-hop and alt-pop, it’s all about “shedding your skin of a bad situation and understanding, on reflection, how much better you are without it”. Dripping in attitude and filled with raw, abrasive fuzz, it’s a captivating listen from start to finish.