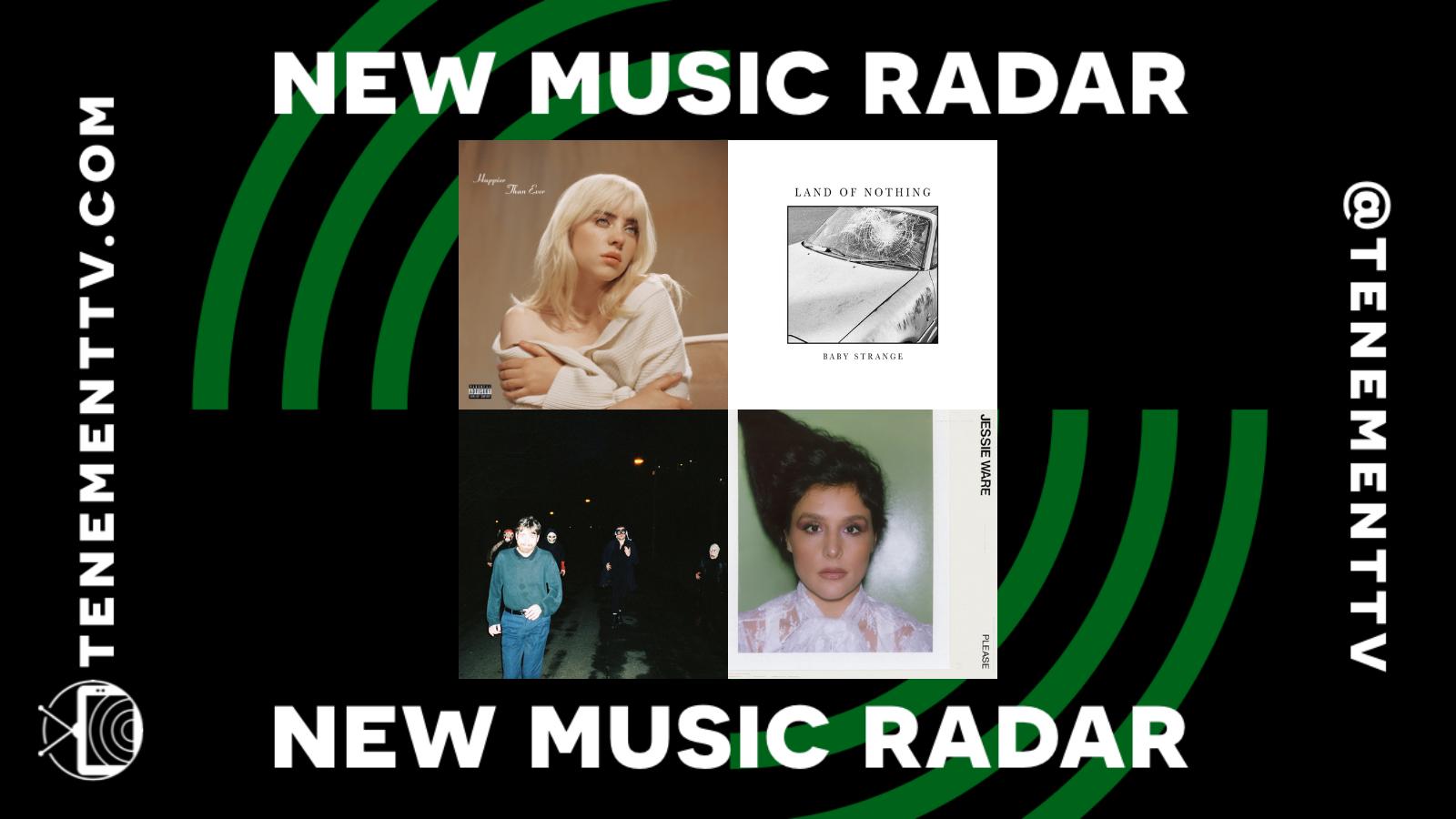 Spanning global pop stars to local punk heroes, this week’s New Music Radar is a diverse affair that covers a myriad of genres. Our top tracks of the week include Billie Eilish, BERWYN, Jessie Ware, Self Esteem and more.

Much to the delight of her fervent fanbase, Billie Eilish announced details of her second album this week – ‘Happier Than Ever’ will be released on 30th July and was once again written and produced alongside her brother Finneas. She’s also dropped a brand new single called ‘Your Power’ – a sobering ballad about power dynamics, and what happens when those dynamics become weighted too heavily on one side. Singing above a delicate, acoustic guitar riff, simplicity is key with this one as she directly confronts those guilty of abusing their power. It’s softer, quieter than usual but even more powerful, armed with a message that lingers long after your first listen.

Self Esteem ‘I Do This All The Time’

“I Do This All The Time” is a tortured analysis of what it means to be human; relationships, growing up, growing old, insecurity, and not wanting to engage in any of these things. The song’s message is on the whole, however, an uplifting one as it strives to challenge commonly experienced internal struggles, shifting from speaker to speaker over a lo-fi hip hop beat. Self Esteem’s latest offering creates a comforting sense of optimistic pessimism; reminding us that there are always battles to be fought within ourselves, and with others, but that these can be overcome by maintaining a sense of self and remembering the duality of everything we experience.

BERWYN ‘I’D RATHER DIE THAN BE DEPORTED’

BERWYN has shared a deeply personal new cut, detailing his brushes with immigration. Following the release of ‘10,000,000’ last month, it’s a striking track that displays his versatility – he raps and sings over a piano-led backdrop that bleeds raw emotion.

Baby Strange ‘Land of Nothing’ EP

Since signing to Icons Creating Evil Art, it would be fair to say that Baby Strange have enjoyed a new lease of life. Their new EP ‘Land Of Nothing’ puts their bold new confidence and revitalised energy on full display as they tear through five tracks at a furious, unrelenting pace. Taking inspiration from rumbling post-punk, raucous rock and roll and noughties indie, it solidifies everything we already know and love about Baby Strange and adds more punch and unruly. Peppered with ambitious ideas, it marks another auspicious chapter in the band’s storied career.

girl in red ‘Body and Mind’

Today marks the release of girl in red’s long awaited debut album ‘If I Could Make It Go Quiet’. A deeply confessional affair awash with romance and curiosity, it takes her lo-fi bedroom roots and pushes them further with big ambitious pop soundscapes. ‘Body and Mind’ is one of its many highlights – taking her vulnerable lyrics and channelling all her emotion through loud climaxes and anthemic choruses.

Gallus are back and in exhilarating form on new single ‘Perfect Ending’. Despite a lack of live gigs, the five-piece have emerged from lockdown completely revitalised with an unwavering desire to push their sound into new creative territories. ‘Perfect Ending’ sees them hit their stride with lively guitar parts, hyper melodies and experimental breakdowns.

We defy you to find another band in Scotland who have taken such a stark turn in artistic direction as Quiche. There has always been a suggestion of classic rock in the band’s music, with delightfully layered vocals and catchy, harmonising guitars featuring in most of their songs. However, their new single “I’ll Never Know”, channels these characteristics into a classic metal pastiche. It makes the band all the more lovable and interesting, and it has be said, the word “QUICHE” written in shiny metallic letters is a thing of beauty in itself.

Dundee indie-pop outfit PLASMAS have opened their 2021 account with their vibrant new single ‘Always’. Their huge 90’s shoegaze and pop influence is there for everyone to hear on this incredible slice of dreamy, hazey indie. Working with local producer Guy Galactic (st. martiins, BETA WAVES, Parliamo) for the second time, PLASMAS are evidently honing their reverb-heavy sound even further on ‘Always’ with the vocals and lyrics of Ross McQueen weaving through delightful verses and huge choruses.

Vistas ‘Stuck In Your Head’

Easily one of the most prolific bands to come out of Scotland in years, Edinburgh’s Vistas have already announced the follow-up to last year’s debut album ‘Everything Changes In The End’. Their second record ‘What Were You Hoping To Find?’ arrives on 20th August and is being previewed with ‘Stuck In Your Head’ – a joyful burst of sunshine that drives and soars in all the right places.

Glasgow guitar bands are out in full swing this weekend, none more so than Voodoos. A couple of months after the release of ‘It’s Your Life’, the young indie outfit are back with another tenacious slice of indie-rock called ‘Easier Said Than Done’. It captures all that the band do well – punchy hooks, distorted crooning vocals and big chorus melodies.

Jessie Ware’s latest single “Please” is positively dripping in dancefloor optimism and energy. Disco-meets-house-meets-pop; all the ingredients necessary for an uplifting anthem are present in “Please” and are nourished by subtlety in the glistening production. Her first release since the 2020 record “What’s your Pleasure ”, Ware has returned with a track of pure ecstasy and joy and what better way to grab our attention once again as we look to summer 2021 with renewed optimism?