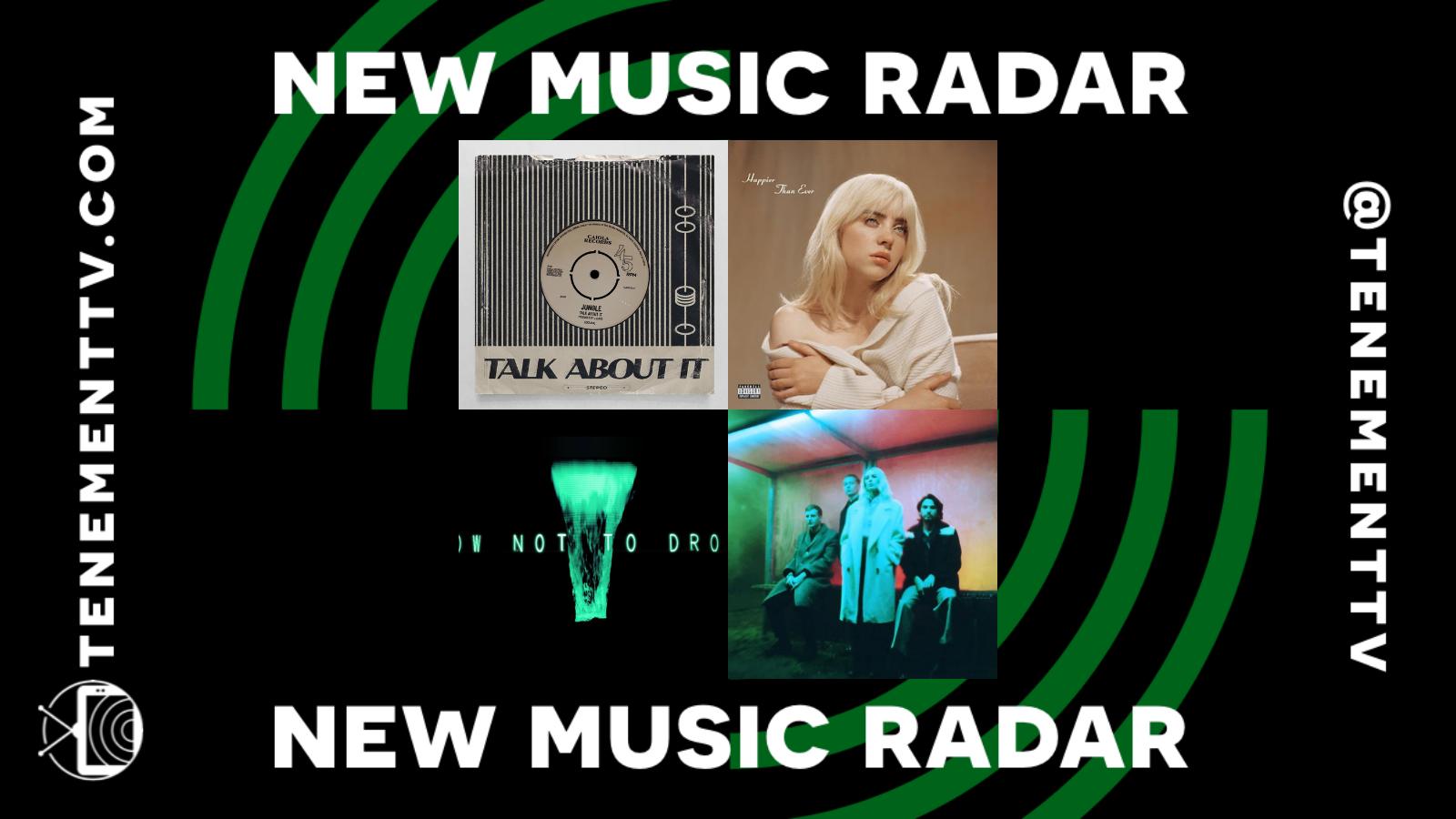 ANOTHER top week for new releases means we have a tasty new edition of New Music Radar for you. Featuring Wolf Alice, Billie Eilish, CHVRCHES, Man of Moon, Viji and more, you don’t want to miss out on any of the tracks below.

Wolf Alice ‘How Can I Make It OK?’

Wolf Alice release their eagerly anticipated third album ‘Blue Weekend’ today – and it’s an absolute triumph. Showcasing a band at the very top of their game, it features some of their most personal lyrics to date while also taking their music to brilliantly expansive new heights. In fact, we’re not afraid to say it’s an absolute classic – and it’ll be remembered as such. The stunning ‘How Can I Make It OK’ debuted on Radio 1 last night and is one of its many highlights – a soaring lament that shines a light on Ellie Rowsell’s incredible vocals.

CHVRCHES ‘How Not To Drown (ft. Robert Smith)’

Scottish electro-pop heroes CHVRCHES have teamed up with one of their musical heroes for a new collaborative track. ‘How Not To Drown’ is a dark, piano-driven number and features The Cure’s Robert Smith on guest vocals – his instantly recognisable vocals complement Lauren Mayberry’s own impassioned delivery.  The song is lifted from Chvrches’ newly announced fourth studio album, ‘Screen Violence’, due out August 27.

Billie Eilish continues her prolific run with the release of a brand new single ‘Lost Cause’. Unlike the quietly potent ‘Your Power’, this new song has a bit of swagger to it – Eilish takes aim at an ex over slinky grooves and a jazzy, reverb-soaked instrumentation. Her new album ‘Happier Than Ever’ is due out at the end of July.

My Life As Ali Thomas ‘Ocean’

My Life As Ali Thomas are an indie-folk-rock band from Thailand, known for their emotionally charged, symbolic songwriting. After becoming the first Thai act to showcase at SXSW in 2019, the band gained critical acclaim and are today releasing their second album ‘Peppermint Town’. Closing track ‘Ocean’ is a stunning piece of music that starts off quietly before revealing more and more layers – piercing vocals, pounding drums and ringing guitar parts come together to create a stirring atmosphere full of emotion, before the track builds to huge, cathartic crescendo. You don’t want to sleep on this band.

ENNY’s ‘I Want’ is full of the summer vibes we all need right now. Following the runaway success of ‘Peng Black Girls’ and ‘Same Old’, ‘I Want’ marks a slight stylistic departure from her previous singles in that it steps into a rich R&B, dance zone. Adding another layer to her clear potential, ENNY is full of charisma over the cool, laid-back production.

Usually found behind the desk at their live gigs, Far Gone Lum is the new pseudonym of Man Of Moon’s live sound engineer, personally referred to as Andy. It makes perfect sense  that his first official release as a producer would be a remix of the Edinburgh duo’s track ‘Strangers’. Pulling the song apart to the point that it’s virtually recognisable, Far Gone Lum re-shapes ‘Strangers’ into a dark, pulsating and progressive piece of electronic music that ebbs and flows from deep ambience to heady euphoria. Blending various natural elements into the mix such as breaking ice and snapping trees, it’s an intricately crafted remix that deserves multiple listens.

Jungle ‘Talk About It’

Jungle are dishing out big summer vibes on their pulsating new single ‘Talk About It’. Packed with energy, the nineties-influenced track is the latest to be taken from their upcoming album ‘Loving In Stereo’, out on 13th August.

Pop newcomer Viji has announced a new EP called ‘Are You In My Head’, alongside its emphatic lead single ‘Suck It’. Blending 21st century pop with grungy, alt-rock influence, it features some exquisite riffage as well as an extremely catchy chorus.

Spector ‘Catch You On The Way Back In’

Spector have announced their first studio album in six years – ‘Now or Whenever’, set for release October 1st via Moth Noise. New single ‘Catch You Om The Way Back In’ is our first preview of what’s to come and it encapsulates all the band do best – urgent vocals and surging choruses set against ambitious, soaring soundscapes.