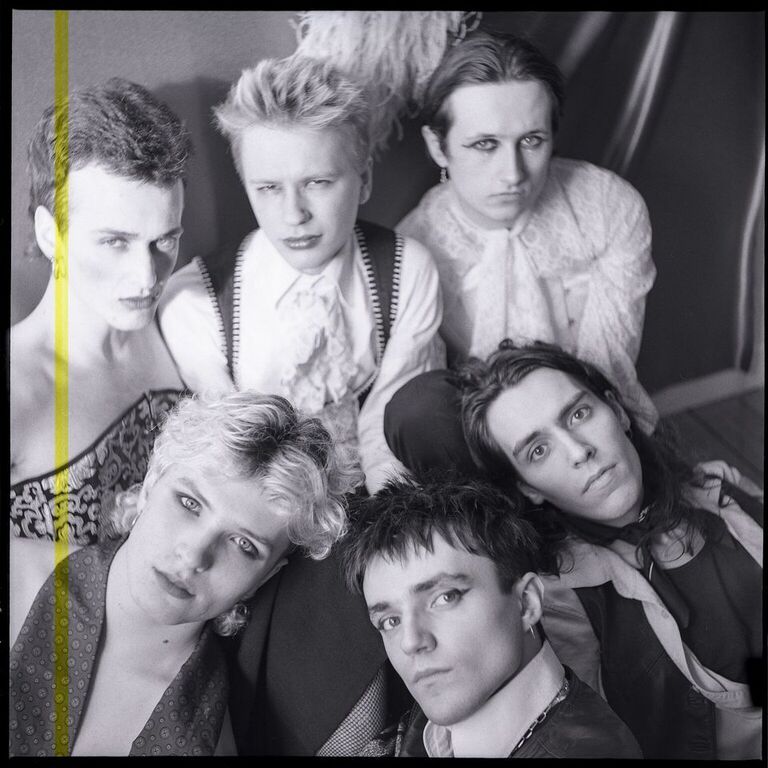 OFTEN cited as a highlight of their now renowned live shows, Walt Disco’s ‘Cut Your Hair’ has fast become a bonafide fan favourite over the last 12 months and a staple of their glamorous, flamboyant sound.

Now finally ready to be unleashed into the world onto all main streaming platforms, it’s fair to say that one play of the song is enough to satisfy all of the surrounding hype. ‘Cut Your Hair’ is Walt Disco at their very best – fun, eccentric, flamboyant, deliriously infectious and completely unstoppable. Throwing in all of the eighties bombast they can muster, it’s an irrepressibly vibrant display of glitzy synths, disco rhythms, stabbing guitar parts, addictive pop hooks and chanting vocals. Invigorating and fervently upbeat from start to finish, it’s the kind of jolt of energy we all need at the moment and a cue to dance the night away like no one is watching.

Where they continue to succeed is their ability to use old, nostalgic sounds to explore distinctly modern and relatable themes. Described by the band as ‘OK Boomer – The Musical’, ‘Cut Your Hair’ is a firmly tongue-in-cheek anthem that rails against those who pass judgement on others.

The band told us earlier this month: “We recorded it with Thomas McNeice at his studio in Shawlands between January and February this year. We had lots of fun with this track, including laying down some Cuban heels as percussion. We’d describe it as if ‘OK Boomer – The Musical’ was a 2 and a half minute pop song, it’s very tongue-in-cheek. We wanted to say that passing judgement on someone for who they are or how they look isn’t cool, and wanted to make an anthem for people to shout back at the boomers!”

With echoes of The Associates, Talking Heads and other old favourites thrown into the mix, the sextet may have their feet planted firmly in the sounds of eighties new wave but they give the sound a distinctly modern spin. After spending a considerable amount of time listening to female queer pop artists and dance music, they have cited the likes of Christine & the Queens, St Vincent, Grimes and FKA Twigs as reference points for the new track and their upcoming ‘Young Hard and Handsome’ EP as they look to push the parameters of their sound even further.

With that EP expected to be released in the not too distant future, ‘Cut Your Hair’ marks the beginning of an exciting new era for Walt Disco as a six-piece. To say that we are looking forward to whatever comes next would be a drastic understatement.