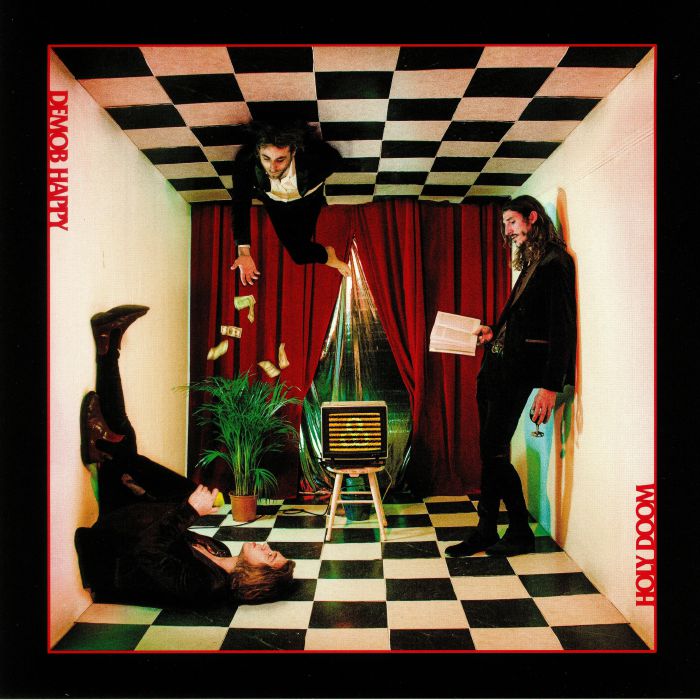 DEMOB Happy prove themselves as one of the country’s most exciting bands with their latest release ‘Holy Doom’, a perfect mix of heavenly harmonies and dirty guitars, think Ride meets Soundgarden.

It was not long into this album that I was struck and intrigued by the band’s creativity and originality as the perfectly marry elements of classic psychedelia with the harsher and louder sounds of grunge and shoegaze, which instantly has listeners hooked on the harmonic rock n roll sounds this album gives off.

The opener, Liar in Your Head, perfectly exemplifies the album’s title, taking listeners through a euphoric, or holy, plane through the dreamy harmonies, not dissimilar to the vocals associated with some of psychedelia’s most prominent acts including Tame Impala, mixed with the dark and dirty guitar sounds of heavy rock, a testament to the band diversity and ability to translate word into sound by mixing two, often conflicting, styles of music. The exact same goes for the lyrics on this album, while they may often read bleak or downbeat, the pop-style, heavenly harmonies ensure that this album remains one that is uplifting and a far-cry from a downer.

Central to this album is fuzz, the guitar and bass are driven and dirty throughout the album and there is no better example of this than ‘Loosen It’. The melody of this song is in-your-face, harsh and incredibly addictive. Coupled with drums that are verging on dance or synth-pop and vocal harmonies that are equally as infectious, this track is, for me, the standout tune on the album and perhaps the best example of Demob Happy’s work.

While the band consistently blend styles and elements of genres and push the boundaries of pigeonholed music, sometimes simplicity is key, evident on ‘Spinning Out’, a two and half minute wall of noise and anger, with drowning vocals and dirty guitar sounds that pay homage to the greats of hard and fast punk and grunge.

This album closes exactly how it opens, perfectly. While the album opens with a wall of sound and a siren, this album fades out through the heavenly ‘Fresh Outta Luck’. The song is undoubtedly less aggressive than the rest of the album, a far more spacious sounding track than the other highlights of this album as fuzzy guitars and are swapped for far cleaner melodies and vintage drums that would not sound out of place in an acid trip in the late 1960s.

This album is an absolute must-listen for anyone and be sure to catch Demob Happy on their upcoming UK tour in April. “Desire is your crux, an impassioned campaign against designless lust and addiction.” In what is the first offering from the Glasgow band, VLURE premiere a live session track ‘Desire’ with TENEMENT TV