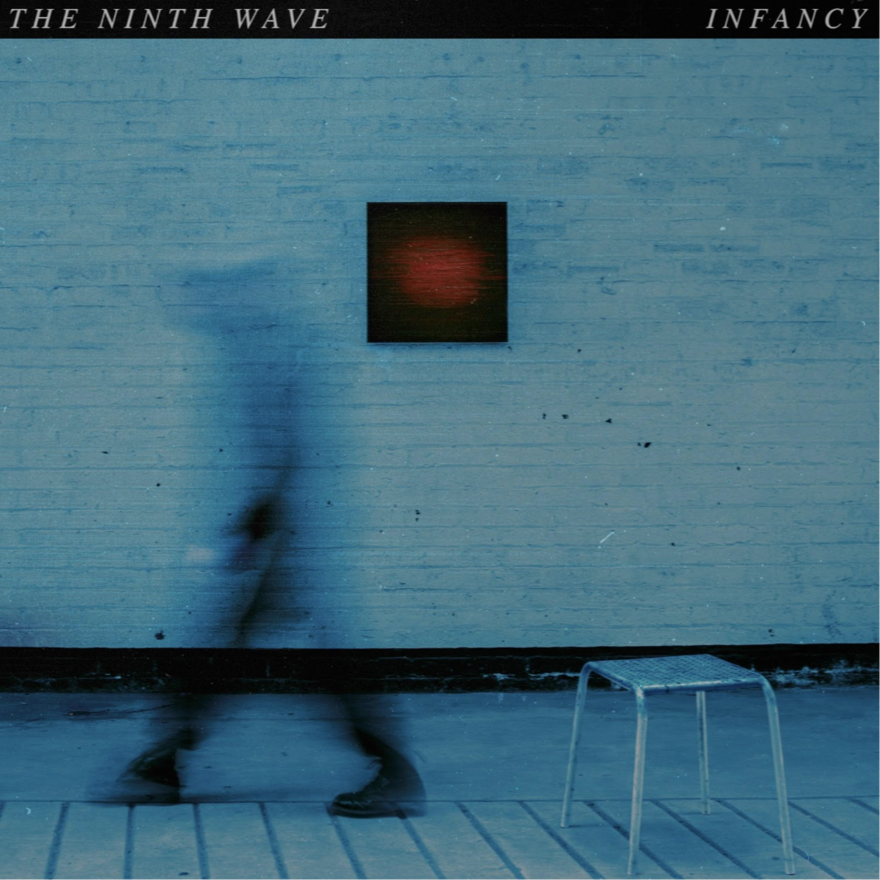 The Ninth Wave have always strived to defy convention. After first coming onto our radar back in 2016, their journey has been a long and eventful one but with every sonic shift, image change and staggering live show, we’ve been gripped the entire way. Born of years of toil, unwavering self-belief and a commitment to expanding their sound into new terrain, the band’s debut album ‘Infancy’ has finally arrived in all its glory and it has most certainly been worth the wait.

Not averse to playing by their own rules, a bold and audacious decision to drop the album in two halves kicked into action earlier this year with the release of ‘Part 1’ in April, effectively setting the tone for what was to come before an additional six tracks on ‘Part 2’ brought the record to a triumphant conclusion last week. And the first half laid out the band’s crystal clear vision, then the arrival of the second has solidified it, confirming everything we already knew – that The Ninth Wave are a band everyone should know about.

When consumed as a whole, ‘Infancy’ is a dynamic and varied insight into the band’s dark, kaleidoscopic world. Effortlessly sweeping through an amalgam of genres from goth-pop to post-punk to tumultuous indie, it remains entirely coherent from start to finish. While 80s influences loom large and lend a certain kind of nostalgia, it’s their ability to create a sound that is entirely of their own devising that is so impressive – one defined by large, swelling choruses, hypnotic dual vocals and electronic flourishes. When paired with their emotionally charged, introspective lyrics, it makes for a plaintive and at times deeply moving portrayal of modern life, the human condition and all its complexities.

‘This Broken Design’ is the majestic and mechanical opener, a stirring exploration of self-torment and paranoia against a backdrop of electronic drums, synths and grinding guitars. Pinpointed as one of the first tracks they used to experiment on different electronic sounds and textures, it’s a brilliant shift into previously uncharted waters and an even better marker for what’s to come.

The opening track cascades seamlessly into ‘Used to Be Yours’; a gorgeous slice of 80s-indebted post-punk that finds its strengths in subtle rhythms, circling guitars and the impassioned yet subdued back and forth between its two vocalists. With bassist Mille Kidd taking the lead for the first time, it’s a track that emotes and yearns in all the right places, hitting hard with its desolate lyrics as she reflects on the end of a relationship.

Themes of heartbreak, loss, failure, desire, rebirth and resilience are explored throughout the album viscerally and with a resonant, no-holds-barred approach. As lyricists, Haydn Park-Patterson and Millie Kidd are poignant and emotionally acute while as vocalists, they are equally powerful and entrancing in their delivery. They are a band who are not only driven by sound but by emotions and stirring observations whether it’s issues of identity and vanity on ‘Half Pure’, the need to ‘keep up appearances’ on ‘A Wave Goodbye to the People Who Said I’d Win’ or the pain of letting someone go on the utterly heartbreaking ‘Human Behaviour’.

It’s how they express these highly relatable feelings and observations against equally striking arrangements that they triumph. Anchored by their uniquely hypnotic dual vocals, the songs are sonically and structurally razor sharp in their precision, carefully oscillating between quiet, introspective moments and epic, stadium-sized bangers to great effect.

Widescreen in its ambition and built on an unflinching foundation of gothic synths and cavernous drums, the album’s lead single ‘Half Pure’ falls into the latter category while ‘All The Things You Do’ delves deep into their dark world again, detailing the frailties of human interaction against accelerated, industrial beats.

‘First Encounters’ offers a cathartic conclusion to ‘Part 1’ of the album. It’s a nuanced and poignant exploration of human connection and the inner workings of the human mind through an epic display of commanding vocals, driving rhythms and towering synths. It all comes to the fore with the song’s wonderful crescendo finale, ensuring it’s a song that demands repeat listens.

Delving even deeper into their personal struggles, Part 2 opener ‘Human Behaviour’ brings us back down to earth. Led by Haydn Park-Patterson, it’s a deeply emotional track that opens with an understated piano melody as he ruminates over the breakdown of a relationship. With nothing left to save, only the devastating acceptance of the outcome, it’s perhaps one of the band’s most open and lyrically honest tracks to date and it makes for deeply moving listen.

‘Part 2’ of the record serves as a continuation of the first, effortlessly gliding through genre and harnessed by its wonderful electronic production. Following the more reserved, brass-clad ‘Human Behaviour’, ‘Imitation’ is like a shot of adrenaline; a very direct and swaggering anthem that captures the band at their most anthemic and relentless.  ‘Sometimes the Silence is Sweeter’ sees them mix it up once again, minimalist in structure yet oddly infectious with its euphonious harmonies.

The bleak and sprawling ‘Unspoken’ finds Millie lamenting over someone who is closed-off and prone to telling lies while ‘Flower Into Wounds’ is a triumphant end to the whole collection. “Is it too hard to look at me?” Haydn confronts the listener, his commanding vocal joined by Millie’s echoes as he depicts the anxieties of being an outsider. A sense of foreboding takes over before the band build up to a thunderous, bass-driven finale.

It’s a fitting conclusion from a band who have always rejected the notion of “fitting in” in order to brazenly cut their own path. We’ve always been aware of The Ninth Wave’s talents but they shine brighter than ever on this stunning debut. OUR top tracks of the week include Lizzie Reid, Alex Amor, Pale Waves, Dayglow and mor AARON SMITH has teamed up with suicide prevention charity CALM for a deeply moving new video.